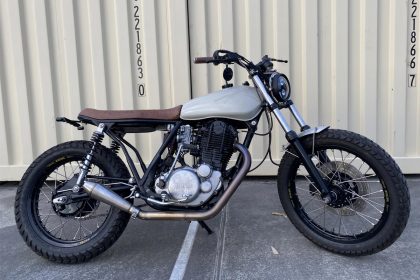 This SR500 scrambler is a side project I have been building on the weekends at the Purpose Built Moto Workshop.

Benny came to me with his grandfather’s XT500 which at the start looked like it was gonna be able to be resurrected but after further inspection, we realised that the whole frame was rusted and the engine was completely stuffed, so we had to go to option B…

Option B was finding a donor bike, which is this 1978 SR500. I did my best to make good use of most of the new bike. I fabricated a new subframe and kept the original XT500 tank that belonged to Benny’s grandfather. 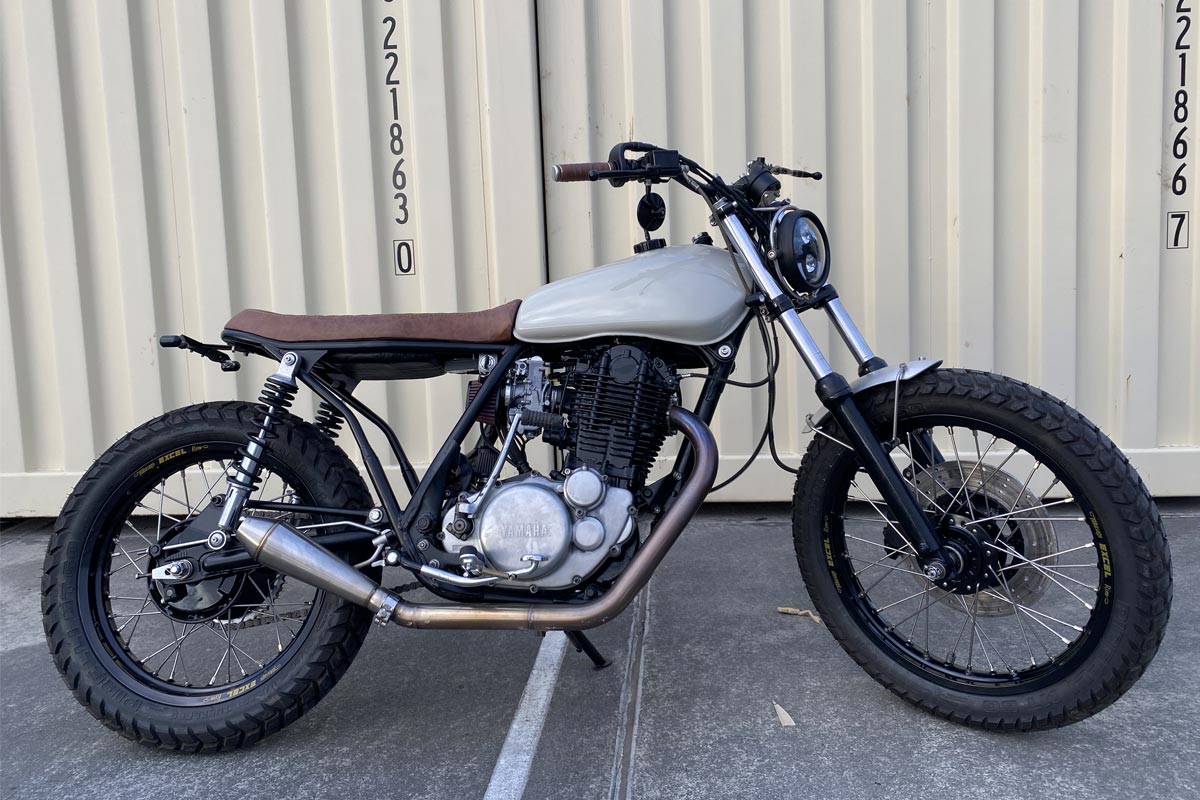 The front brake calliper was upgraded to a Brembo 4 piston calliper to give the bike some stopping power. The bike came with a mismatched set of hubs, so a bit of machining and measurement has to be done before lacing up the new black Excel rims.

I used 2 x  Purpose Built Moto Fabrication Packs in this build: one to make the custom mudguard, and one to mount the headlight to the forks.

For lighting, this SR500 received two pairs of 3 in 1 PBM Dome Indicators (front and rear) and a 5.75” Flashpoint Classic Headlight. As mentioned before, this LED headlight was mounted to the front of the bike using the bars, bungs and screws. The electronics are controlled from the handlebar using the Black Box, hidden under the seat and  PBM Push Button Switches. 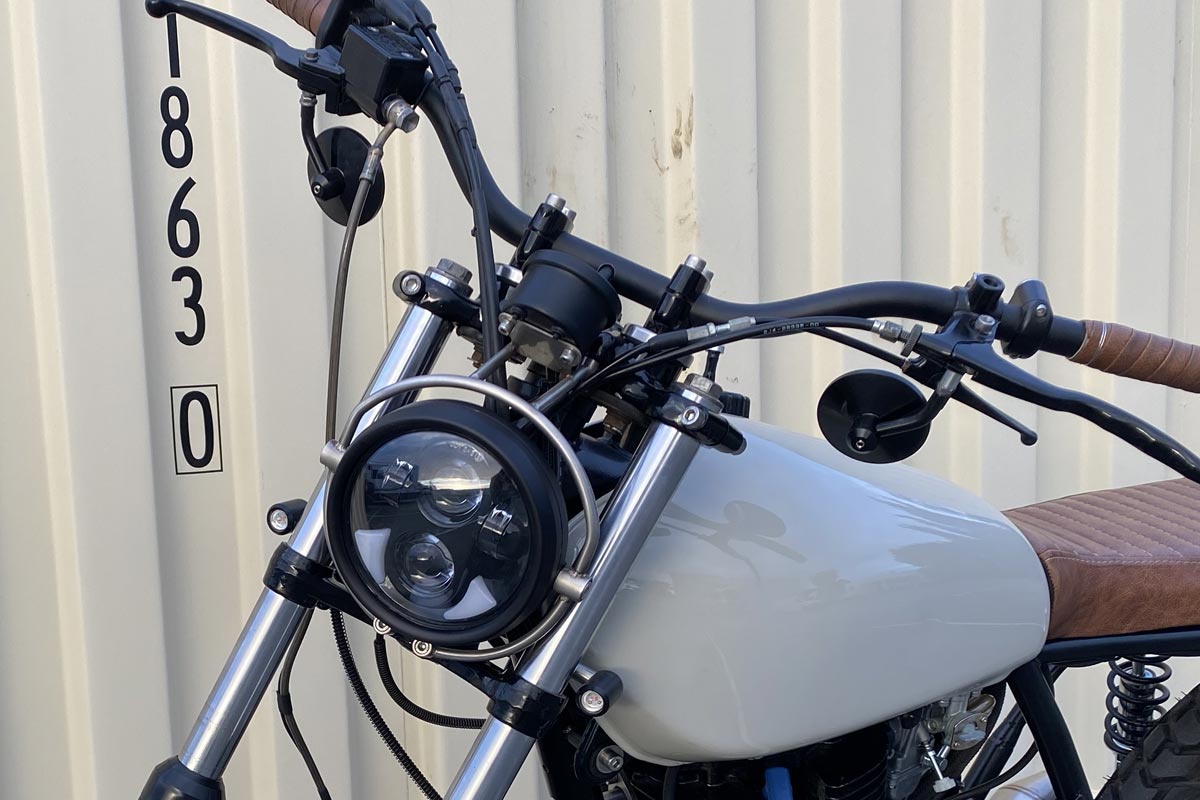 I chose a 43mm Slip On Torpedo Muffler which works really great on this SR500. I put the DB Killer in it because it was a little bit loud, but it can be easily removed if wanted.

In order to get a bit more power out of the bike, so I used a Mikuni  TM flat slide pumper carb, and a DNA filter. 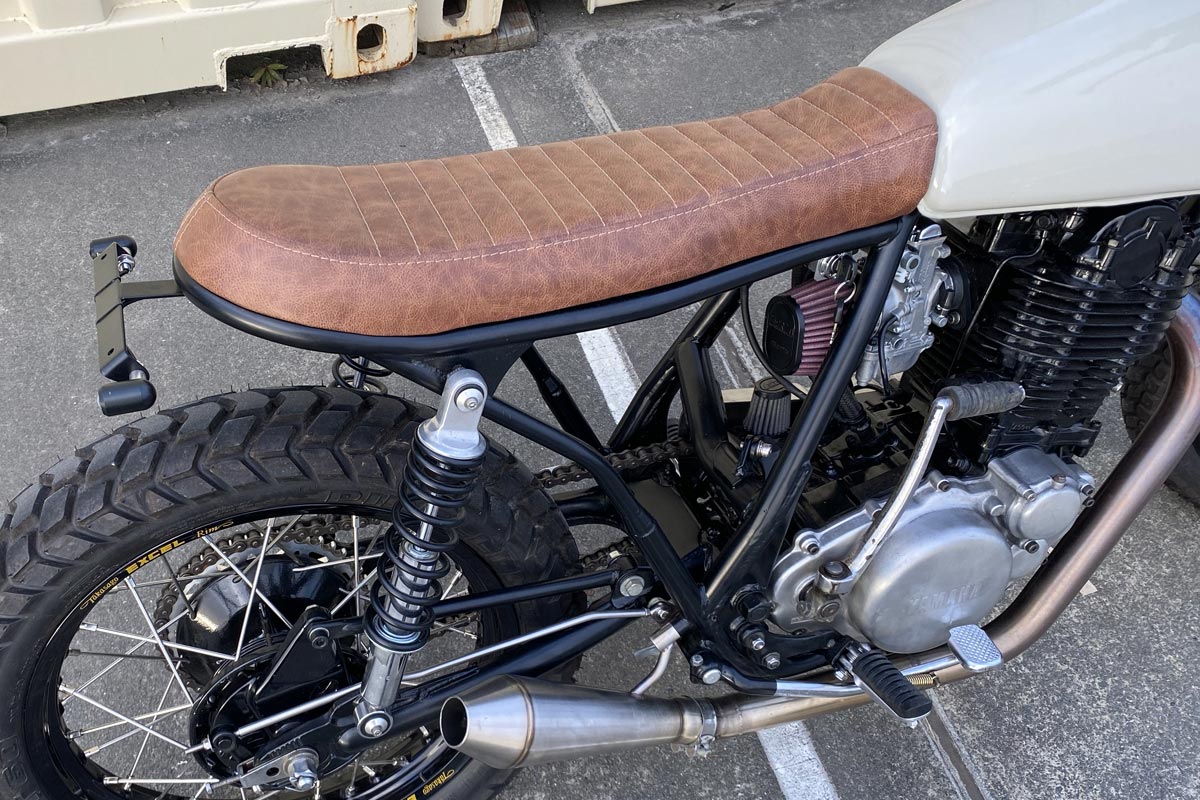 Once I had the fabrication dialed, I ran into some electrical issues… since that field is not my forte, I called Tom in to give me a hand. When we went to start the bike, the spark was erratic and out of time, so we tested the electronics system and figured out that the CDI was fried. We ordered a new one, replaced it and worked through a full set of tests before starting her up again.

With everything running smoothly, it was time to take this pony for a ride. Here is the  Youtube video of this fun ride through the valley. 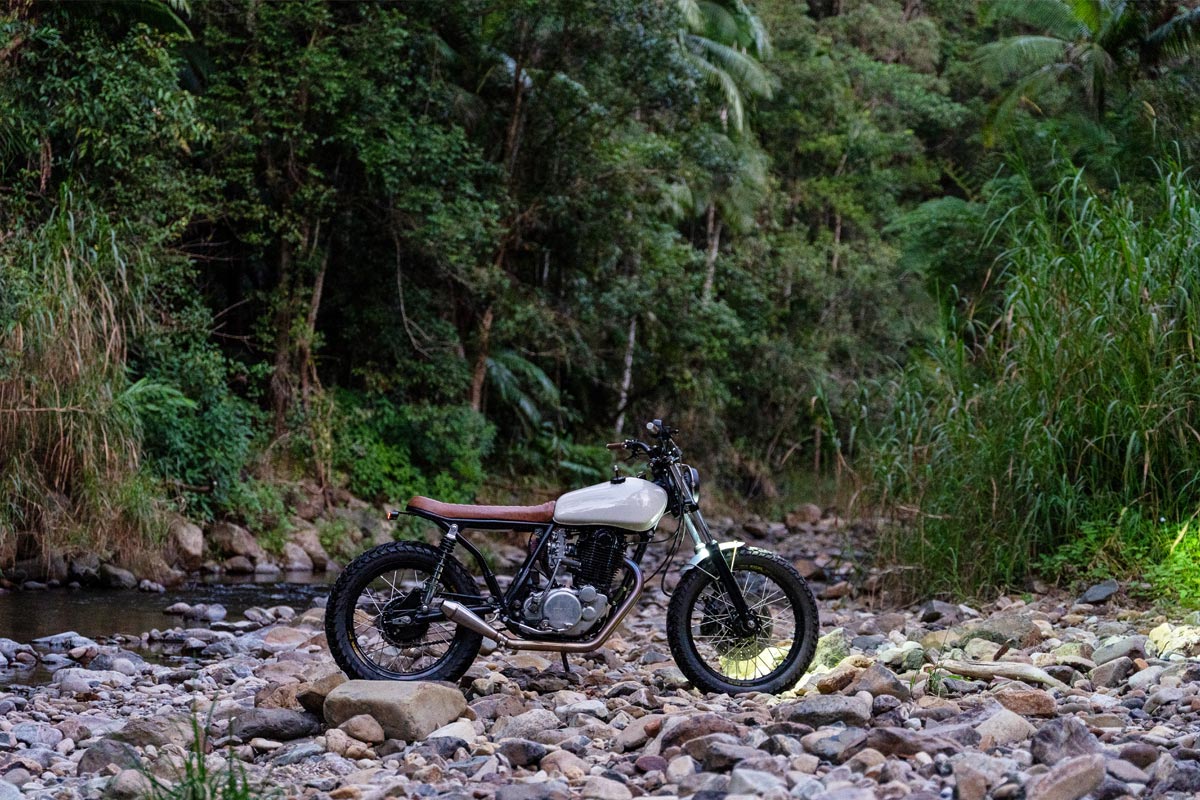 This bike was a fun project to work on, combining the old and the new. She is now ready to carry the legacy of this family on!