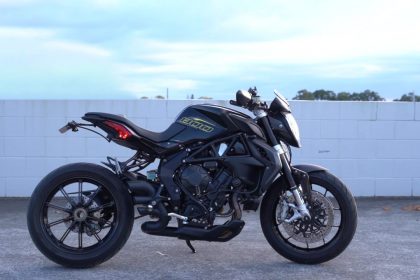 We’re launching a new series on our YouTube with this one, taking you all through our smaller projects and starting with this Custom MV Agusta Dragster. 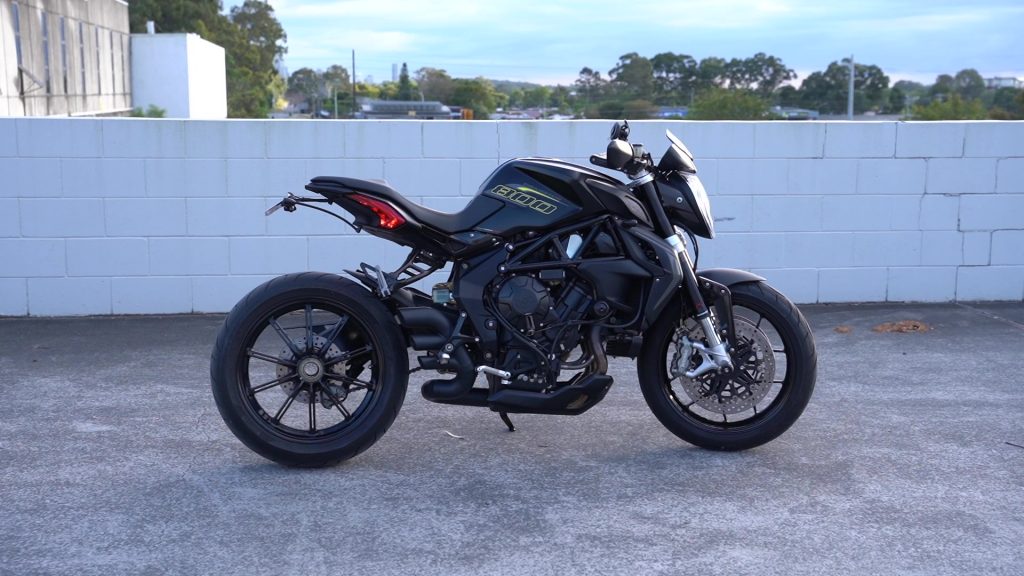 You usually see us posting the epic builds that we’ve been working on for months and months at a time. We do a lot more than that in the PBM garage. Riders are always bringing in bikes for smaller customisations, fabrication and engine work. These bikes come in and out pretty quickly, however, we’re still proud of the work we put into them, so we decided to showcase some of these smaller builds in a new series, Quick Fix.

We’re starting with this MV Agusta Dragster 800. An aggressive looking naked street bike that is a bunch of fun to ride. The rider, James, came to us wanting to black out the bike, moving away from the Agusta Dragster 800 signature yellow accents. The other major upgrades we made to the bike were the tail tidy and LED lighting upgrades along with a wild custom exhaust. 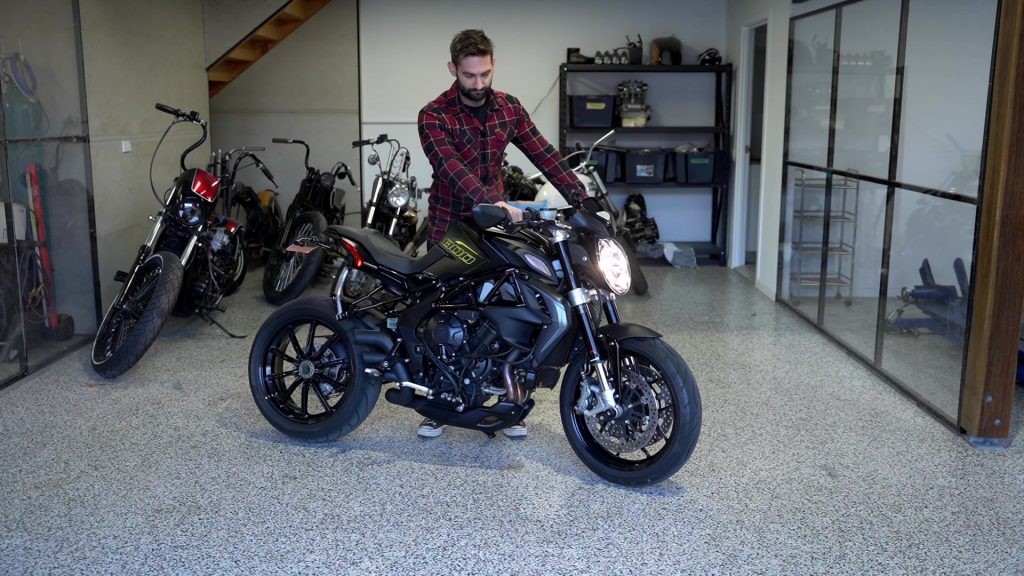 MV Agusta rarely makes aesthetic upgrades to their models year-after-year, usually opting for improved electronic and mechanical performance instead. So making any sort of custom upgrades to these bikes is a bit of a departure from the factory models.

We started by removing the factory LED indicators which are really bulky units that sit either side of the headlight, replacing them with our black Hollow Tip 3-in-1 indicators. The discrete design of the indicators played in perfectly with the all black look we were going for.

Other pieces we blacked out were the fender mounts, rear panels, pillion pegs, the foot peg mounts, the exhaust and the yellow wheel stickers definitely had to go. Basically anything that wasn’t black was sent to powder coat and paint, and the result was a really tough look for the MV Agusta Dragster. 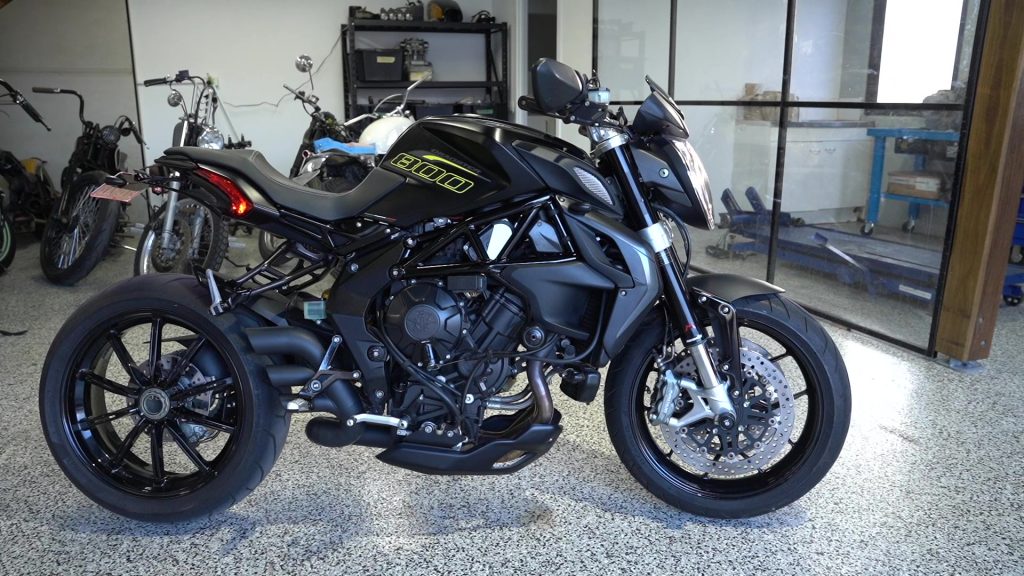 On to the exhaust. Here we had three cylinders to deal with, and not much space to work with. We started with the link pipe under the sump. We put in a small muffler section to bring the volume down a bit, and then used a series of pie cuts to snake the exhaust up before heading into our triple-stacked muffler.

Donny did an awesome job on the custom muffler, we’re pretty proud of how it came out. We made a three-tiered step-down muffler, and inside of each of the three headers there are muffling sections to make sure it wasn’t too loud. This bike has a pretty decent bark to it, but it isn’t obnoxious which is the sweet spot you want to be in with street bikes. 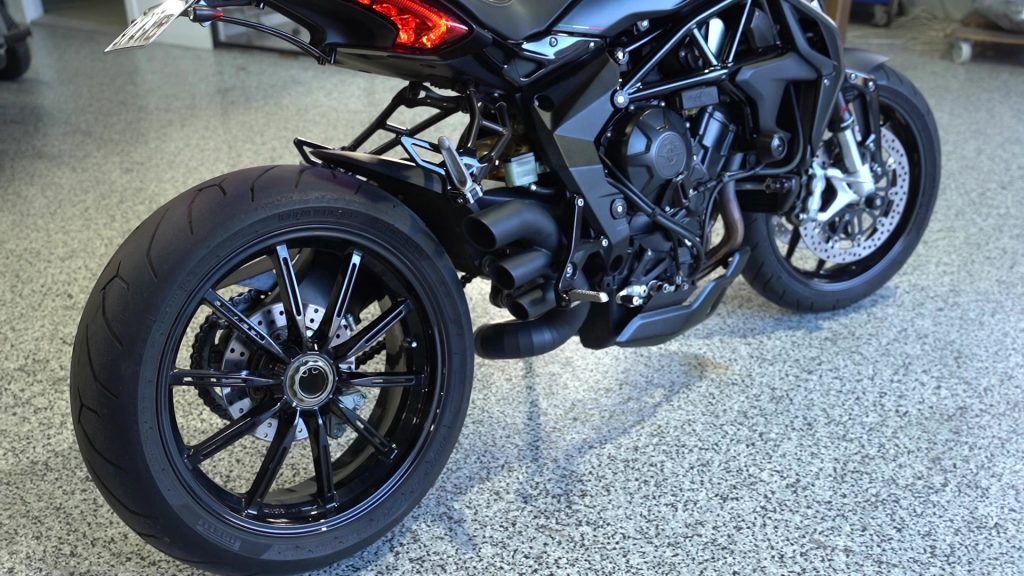 The factory tail pieces on the MV Agusta Dragster sit really low and closely to the rear wheel, which also houses the indicators. We wanted to showcase the fat rear tyre, so we needed to get rid of the factory swing arm hung plate mount and shorten it with a neat tail tidy.

Because the tail was so short, we had to get clever and find a few mounting sections under the tail and elongated the tail with some stainless steel bar work from our DIY fabrication kits. This way the number plate doesn’t sit too far under the tail, which would be torn to pieces by the suspension traveling. Once we got the shape right, we used a PBM tail tidy kit to mount some dome indicators and the number plate.

The final job on the MV Agusta Dragster was to wire up all the lighting we installed, put a new Quadlock wireless charging mount for James along with some CNC frame plugs. 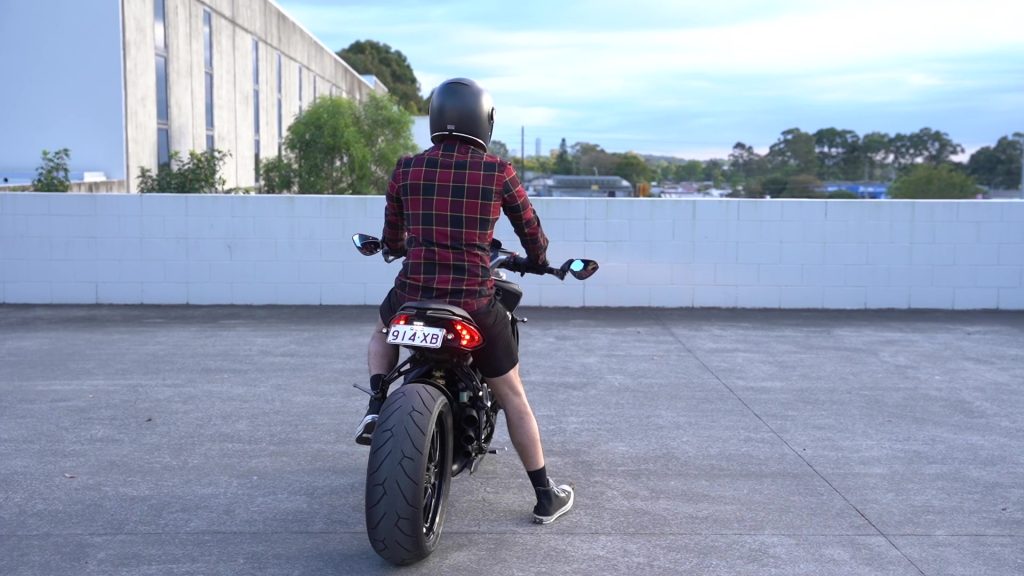 It was a pretty quick in and out job this time. I’ve never had the chance to get up close and personal with one of these MV Agusta Dragsters before, so it was awesome to get to put in some custom work on this bike. Of course my favourite part is the test ride – with a super short wheelbase and a triple engine that absolutely screams, I had so much fun burning around town, I would highly recommend getting out on one if you ever have the chance.

We’re stoked with how this custom job turned out. If you liked this first episode of this new short Quick Fix series, we’d love to hear what you think in the comments section below. 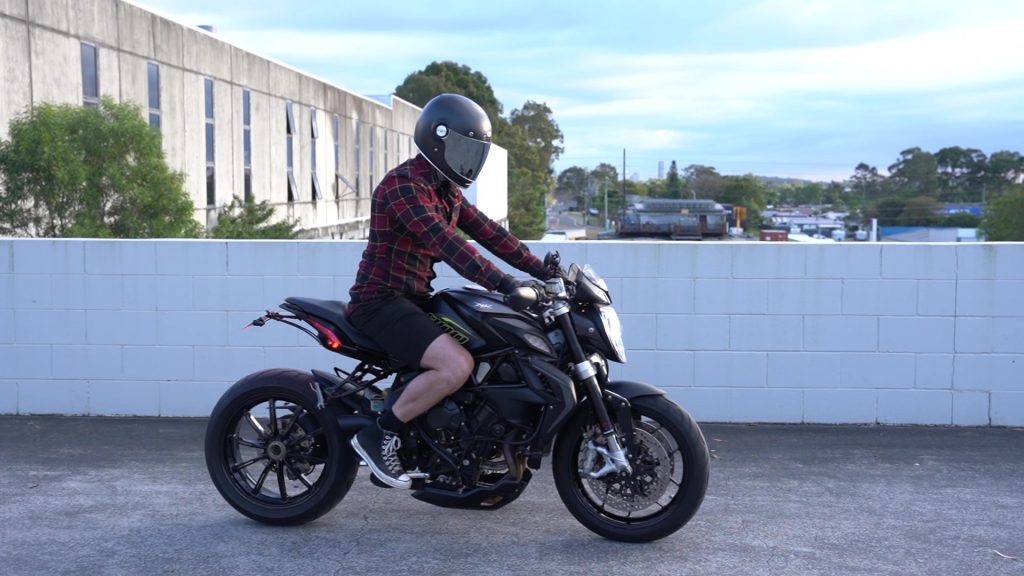