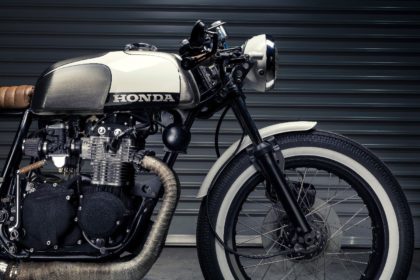 Customizing motorcycles you’ll never get the same job twice. Normally when someone says that, it can be taken 2 ways. Either you enjoy a variety of work, or on the other end you generally have no bloody idea exactly what you’re doing and it’s a nightmare to calculate time and costs. For Dave’s 1973 CB350 four though the change was welcome. The bike had previously been re-sprayed, modified and had the engine rebuilt, the only thing he wasn’t happy with was how it looked. 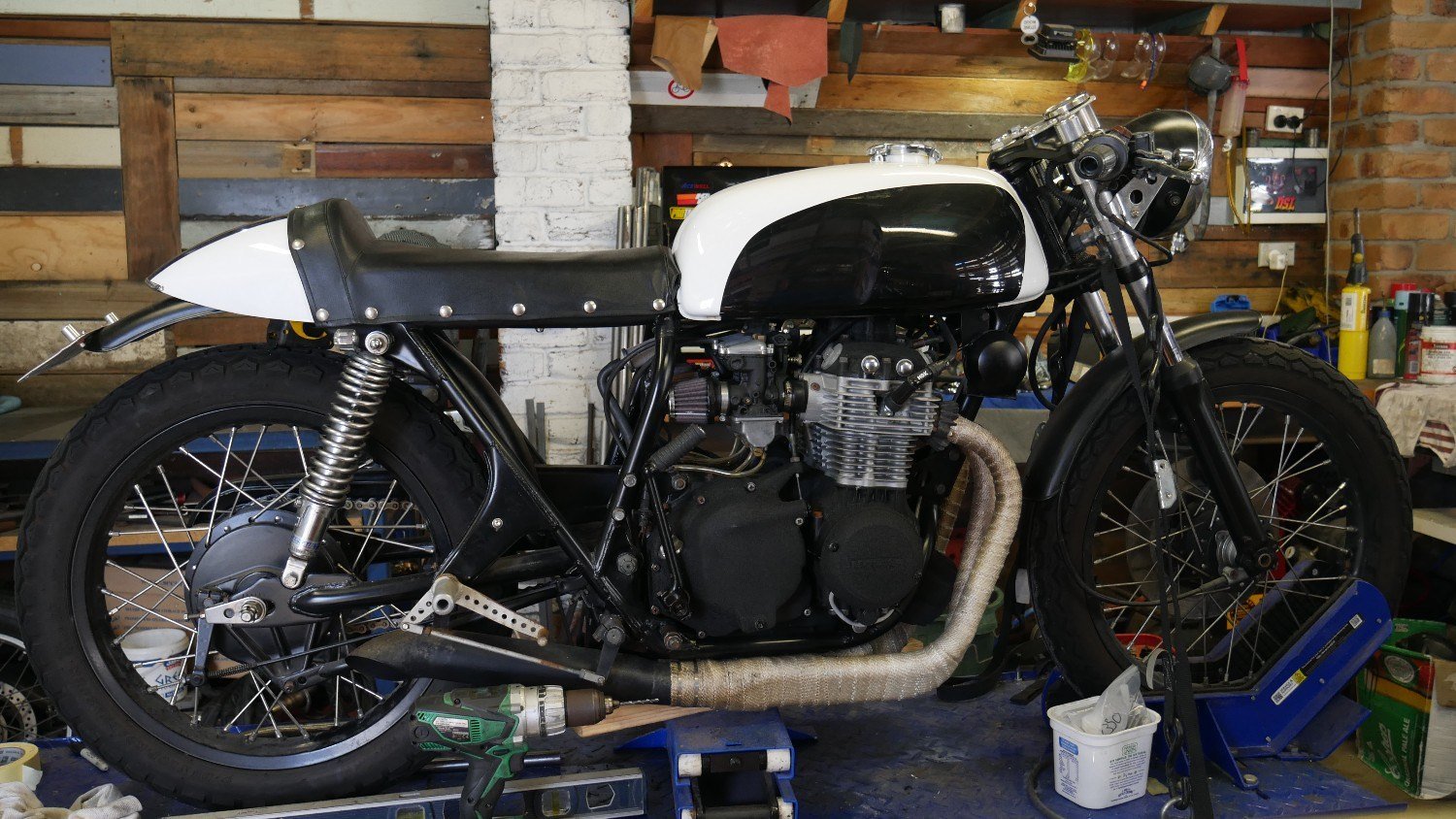 Although I enjoy immensely the top to tail builds I do, this one was more or less ripping the top and icing off a cupcake and throwing the rest away. I was here for the cream only! Previously the Honda CB350 was re-incarnated as a true to form café racer. A nice tail cowl and flat seat, some bolt on rearset pegs, clip ons, some carb work, pod filters and a paint job. This was how Dave had bought it but when you want a custom ride, no one else’s ideas will do. He came to me with some requests to make this vintage run around his own.

As with 90% of people when we first met to discuss his bike he wanted a black bike with a tan seat…… fucking great, another unique bike like every one else’s! (I thought quietly). I set to work convincing him that I could make it look a lot better if he let me play with some colours, we quickly agreed on a direction and I got set to work. 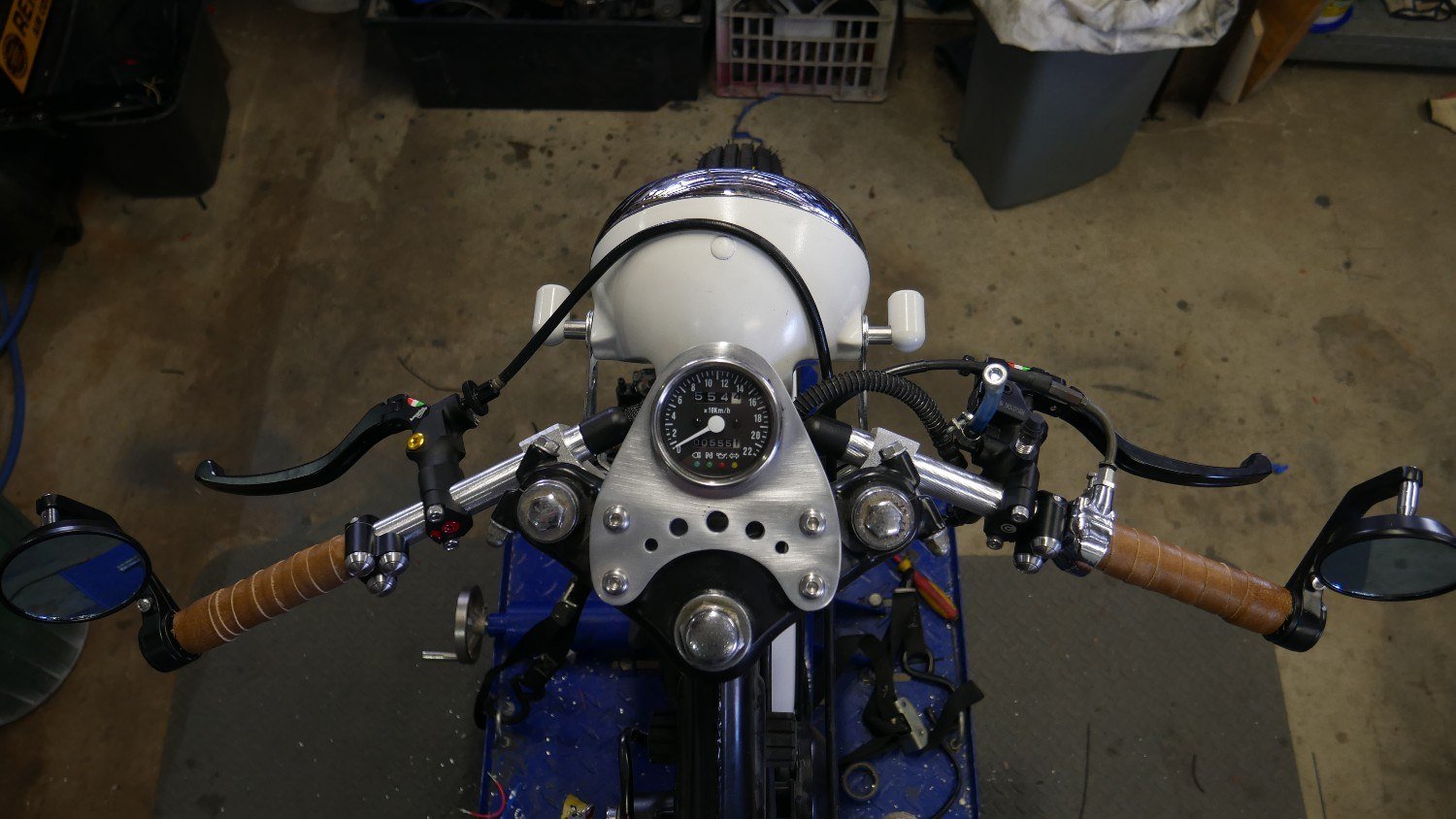 Dave was never going to ride this thing to Sydney and back but the current seat was horrendous to ride on, even for 10 minutes. As soon as you sat down it was through the seat foam and ass to fiberglass. No matter what, your bike has to be rideable and relatively comfortable. First on the list was stripping the bike and adding a new tail hoop. I’ve now written a guide for anyone attempting this themselves; click here to read it. After the tail hoop was a set of whitewall tyres from our mates at Shinko Australia and a custom seat pan and closed cell foam seat. 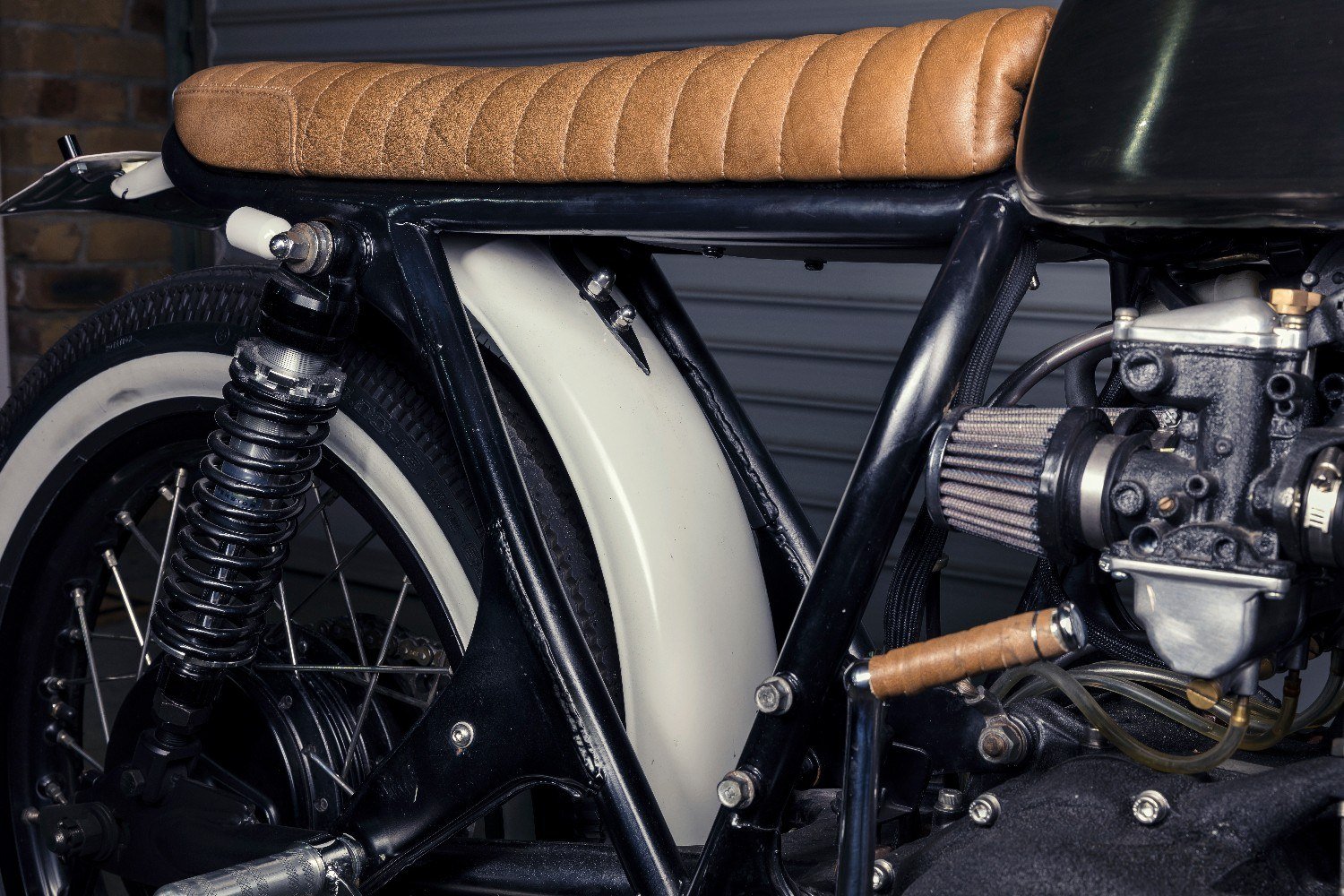 The seat was off to be finished in a vintage tan leather as I set to work on adding some new Purpose Built Moto 3-button switches to the bars, doing away with the chunky stock option. With this came an upgrade of the electrical controls and some other elecktrickery. While I was sorting through the spaghetti monster and after fabricating new guard mounts to suit the new larger tyres and seat, the guards and headlight bucket were sent out for a new coat of bone white. The old muffler was replaced with a 53mm PBM Torpedo muffler + silencer cone and tucked in tight! Delivering a sweet note and keeping it quiet enough to ride long distances and not get off with ringing ears. 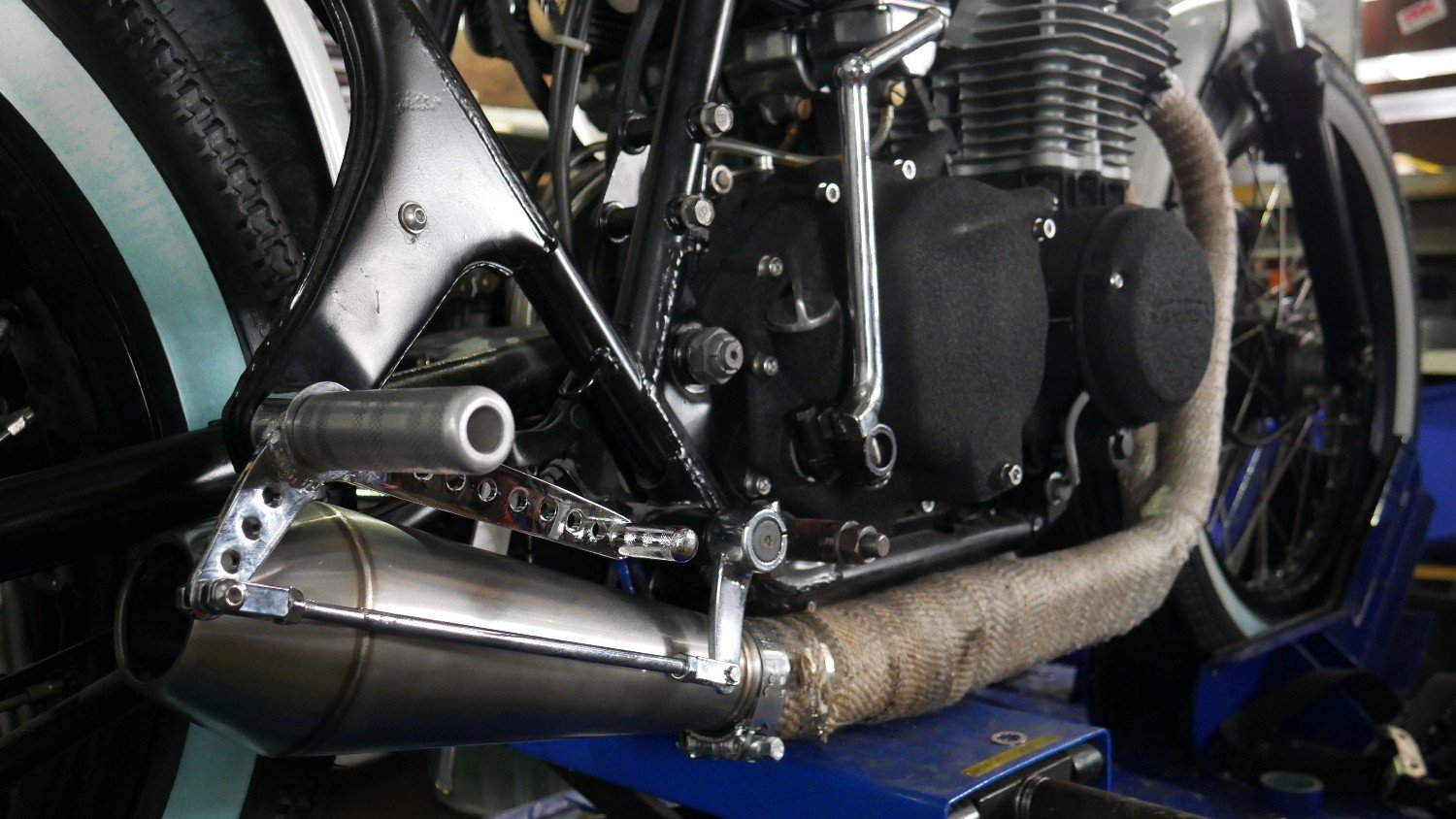 Alongside this work the headlight bezel, rear-sets, gas tank, and a few other select pieces were sent to be Nickel Plated, much like a chrome finish but with a warmer luster end result. To me it adds to the vintage feel, just an opinion. After the new Gazi suspension went on and once the nickel parts were back, the bike was all but assembled and then the work began! Apart from a few electrical gremlins to chase down, the tank was far from finished. The nickel plating looked bloody magic, but it was missing something. 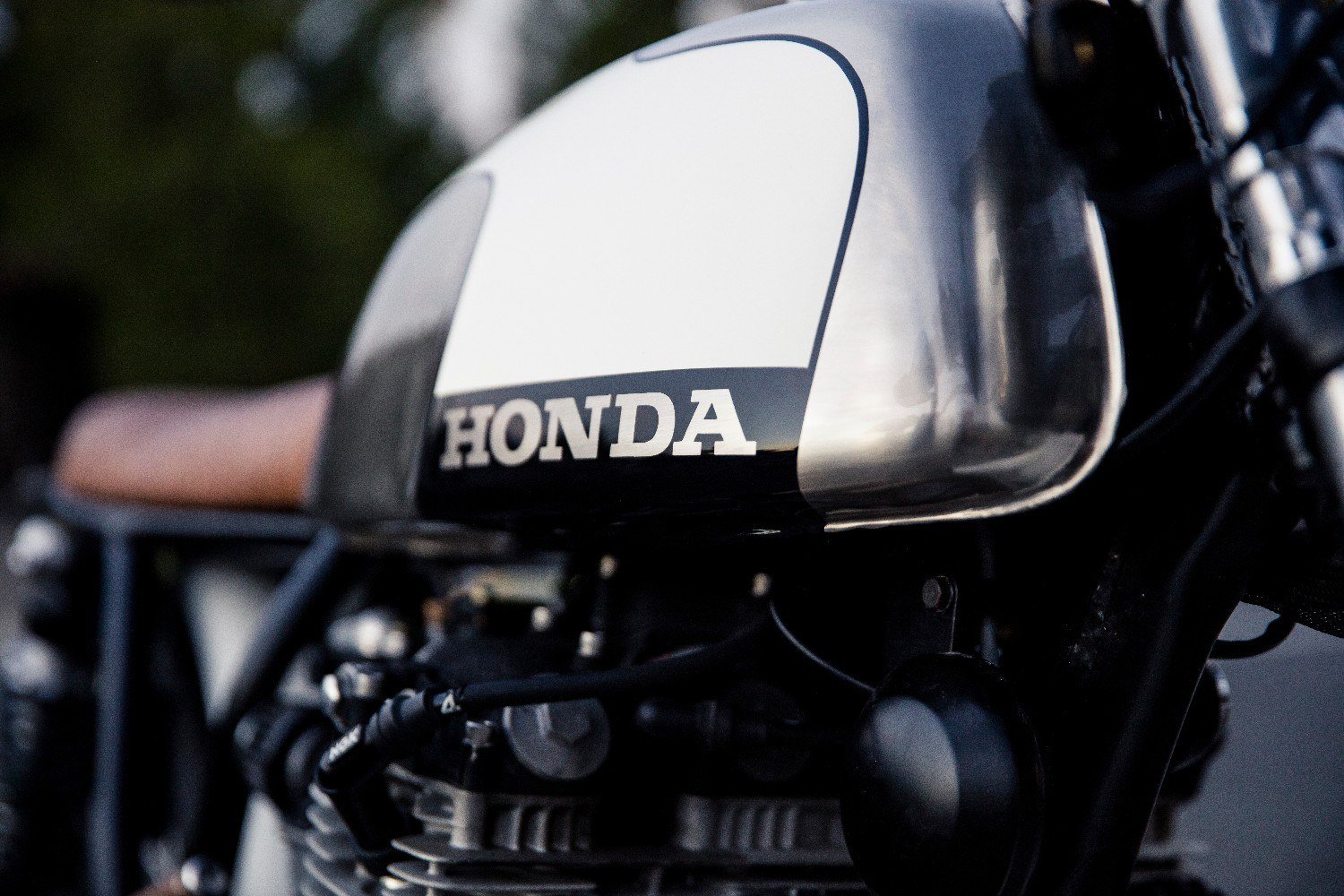 As the CB350F Brat came together it took on a distinct hot-rod feel, and the Nickel plated gas tank didn’t suit. I decided to whip out some sand paper and a roll of 6mm masking tape and nut it out. The tank went from a high polish to a beautiful brushed finish and once happy with that I set to work on a paint detail design, after 3-4 hits and some consultation with the brains trust (the lads I ride with and Justin from PopBang classics) I came up with a hot rod inspired design that complimented this Honda’s look perfectly. I sent the tank out to PopBang classics and received back what you see here. 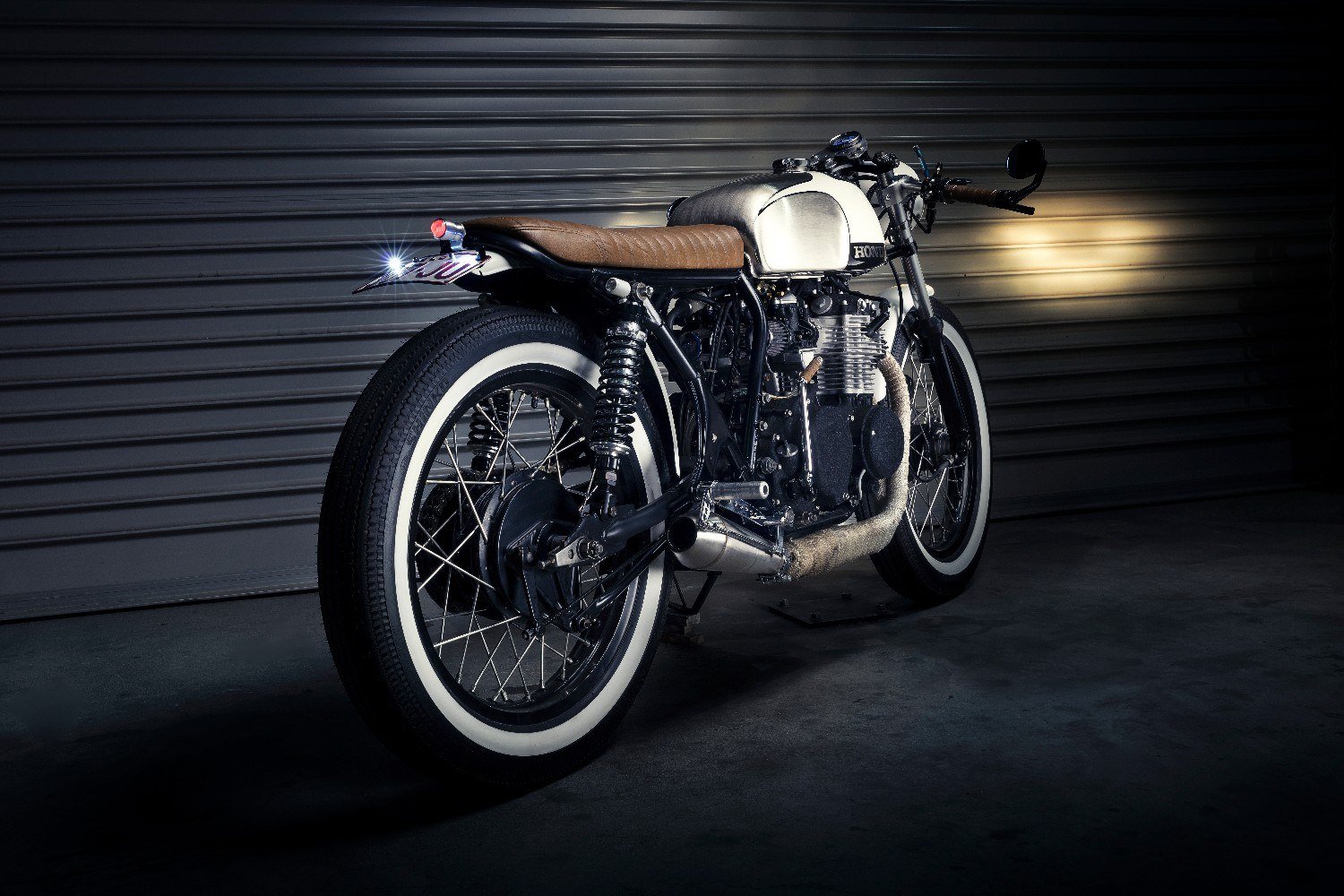 Taking a nice bike that someone is already happy with is another task in itself but at the end of the day I’m happy to say Dave was blown away with the end result! Now being his own idea of what it should look like he can definitely call this unique and tidy piece of motorcycling his own. Not having to worry about a lot of the tasks that had been completed by the previous owner allowed me to focus my energy solely on giving the rider an experience and look that will have anyone nearby rubbernecking. 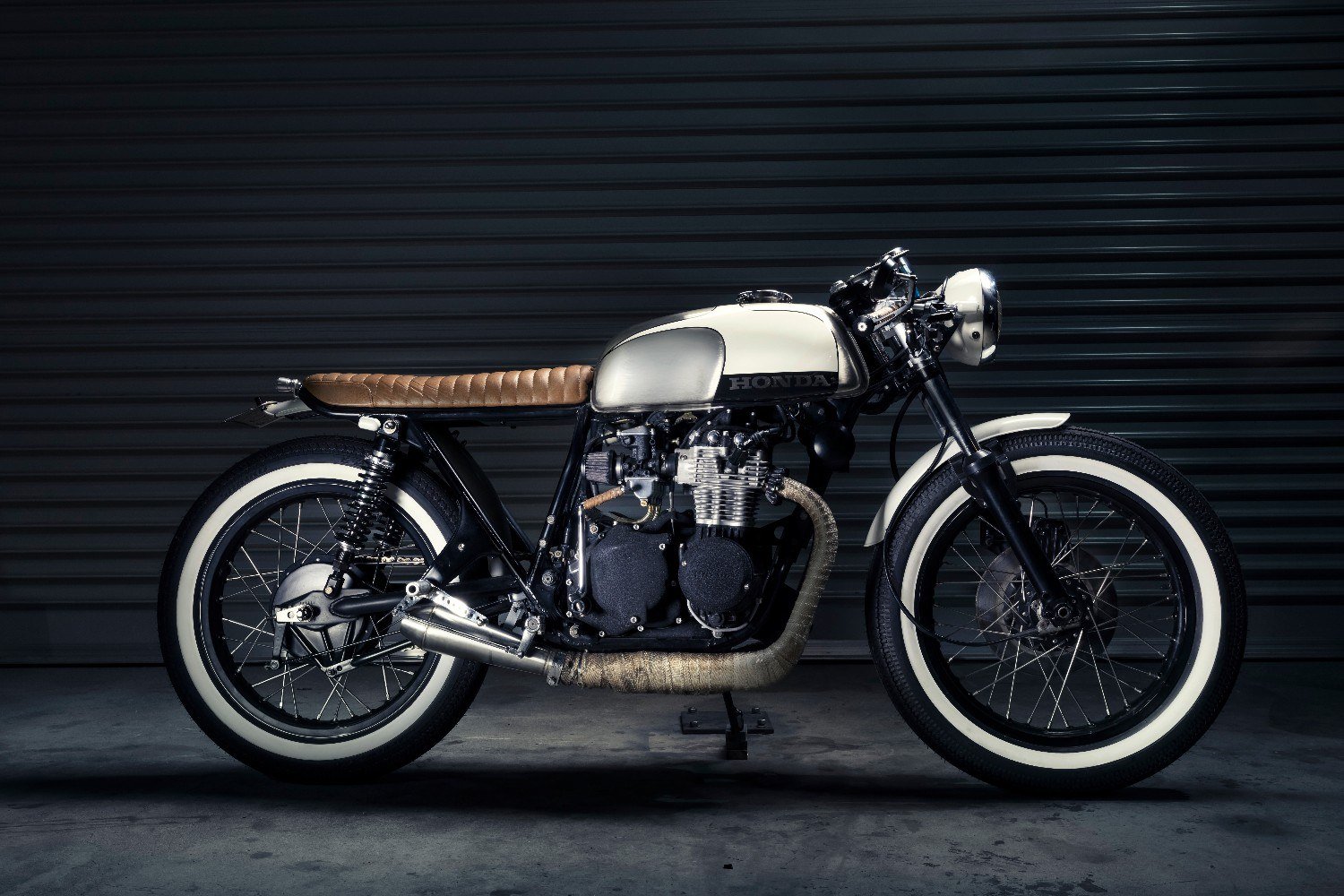 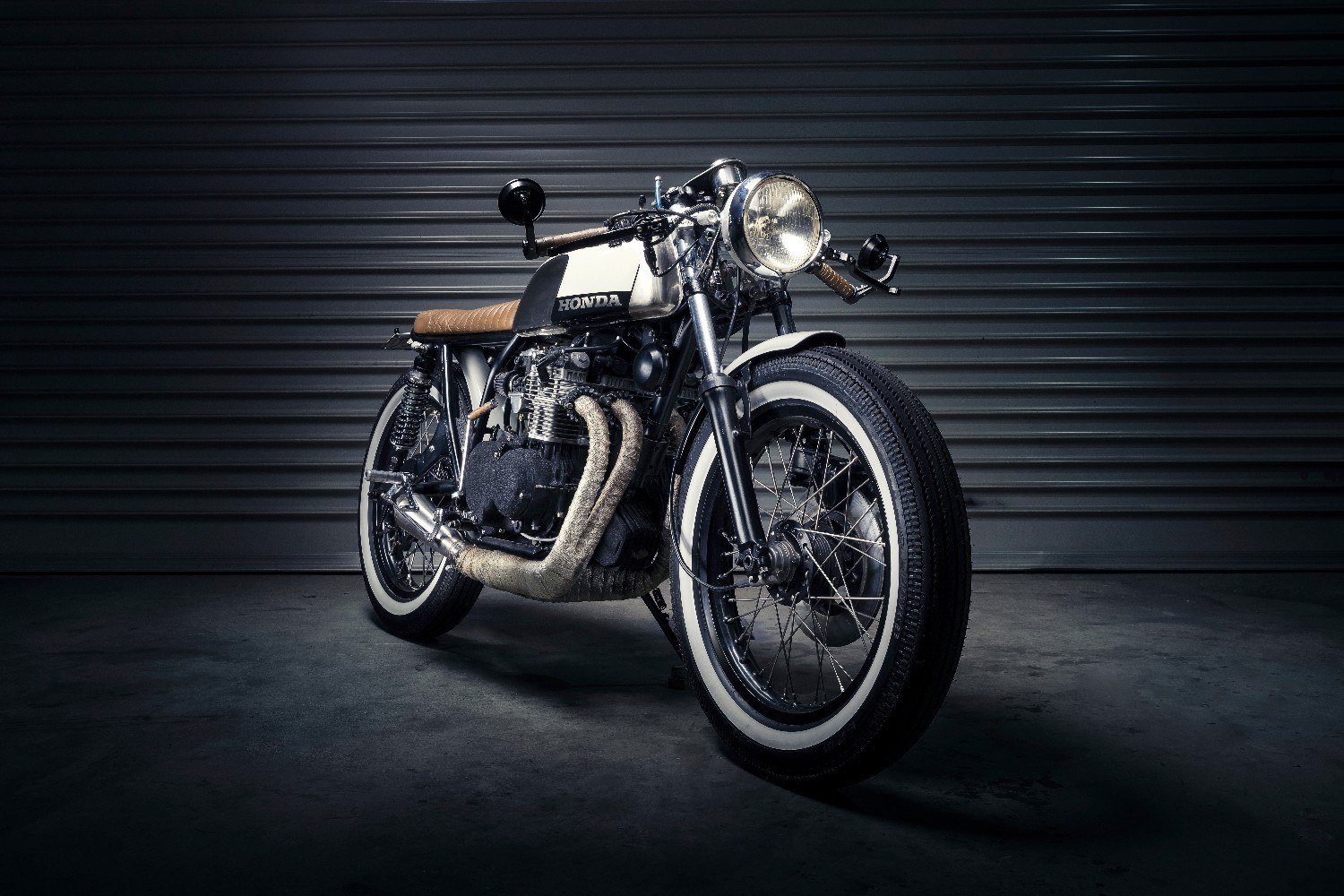 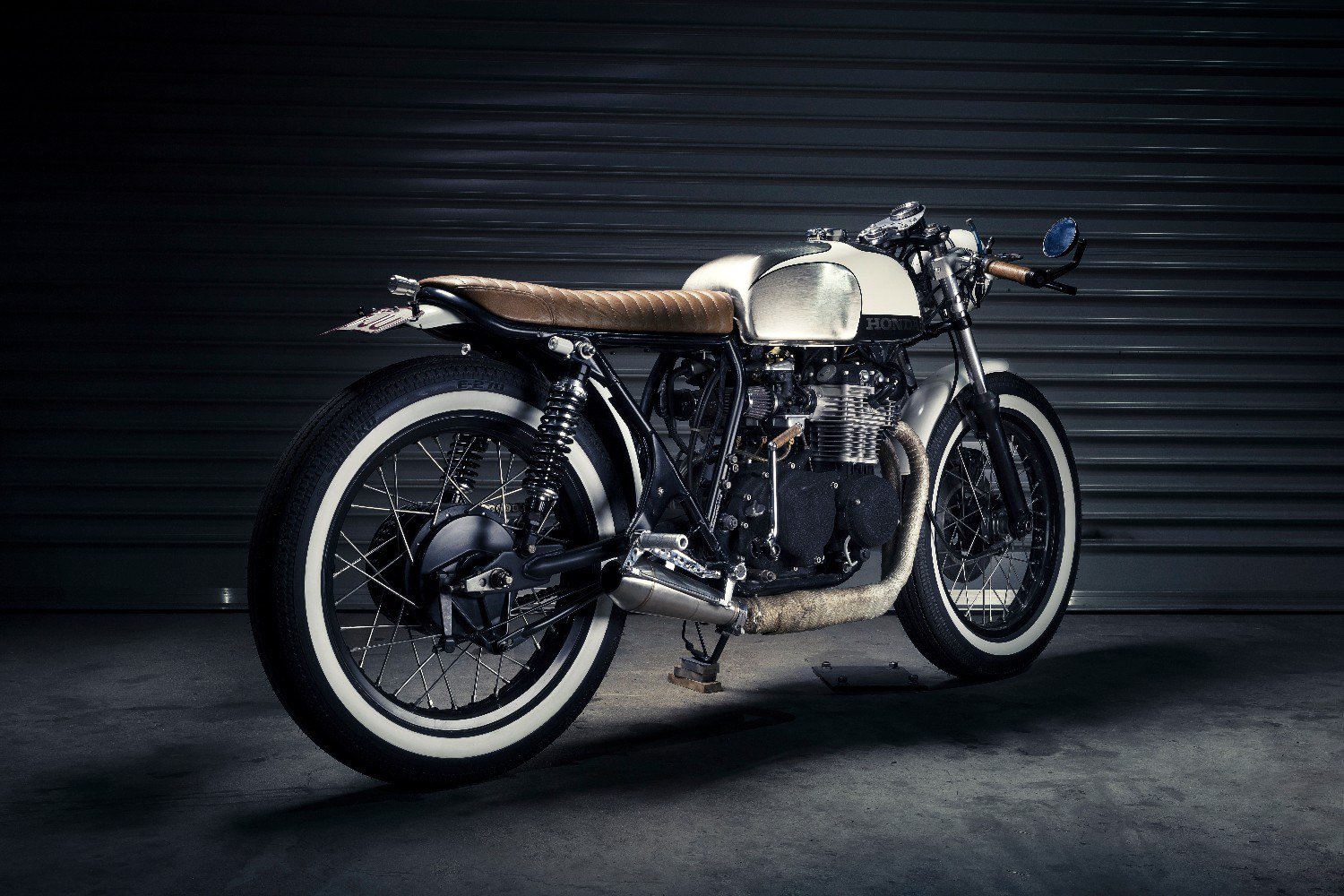