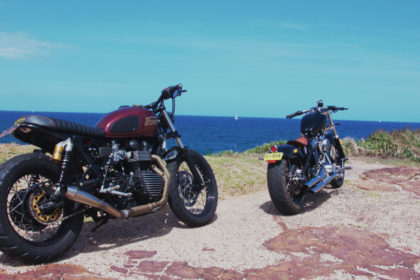 I had only ever really heard whispers of DVMC around the traps. Until 3 months before the trip Matt Bromley from DVMC remained a mystery to me. All I knew is that Matt, as a bike builder had been around for a long time in different incarnations, there had been some pretty amazing high end film work done and I was pretty sure he liked to keep a low profile both on the bikes he built and for himself.

It seemed strangely fortuitous though that in the weeks before the Electric Bubble crew and I left for our film trip, that DVMC came into full vision for myself and Purpose Built Moto. First I came across a CB750 Matt recently completed, then a bike from a few years ago popped up on my Facebook, and finally I got a phone call. Matt was after a muffler and had come across Purpose Built Moto, we had a great chat and I was offered nothing but encouragement about my parts from this enthusiastic bloke I was yet to meet.

Once the deal was done I figured it had to be some sort of fate and contacted DVMC again to be involved in our film project. In my steep learning curve about DVMC I had found out that Matt had been part of the team building the stunt vehicles for Mad Max: Fury Road. Along with building and restoring his own customers bikes, this experience in film work was intriguing and I was keen to learn more. “How the fuck do you score a gig like that!?” was my first thought.

The Bikes that I know of that come from DVMC bare only one similarity, Matt built them. If you look through the back catalog no two are the same. There’s a Carbon Tanked Ducati, A surf running scooter, a stylishly restored BMW, a Vintage Triumph MXer and the ever present new gen Bonneville. All of which you would never know came from the same builder. Maybe he gets bored easily? Maybe just too many crazy ideas floating around to stick to one style? It was refreshing whatever the reason behind it. On top of that DVMC runs a service + repairs division. A pretty impressive operation all around.

I really admire Matt’s approach to his business, not making a lot of noise but letting his bikes do the talking for him. The outlook we share on community around business was good to see as well, “I’d rather be part of a great community than to try and out compete all my neighbors” Matt mentioned during his interview for Handcrafted. In something as personal as building a motorcycle, everyone has their own style and way. There are countless people out there doing their best, and the only reason someone comes into your shop is that they resonate with something you’re doing.  I don’t look on anyone as competition because we don’t play the same game; we’re just on the same field. 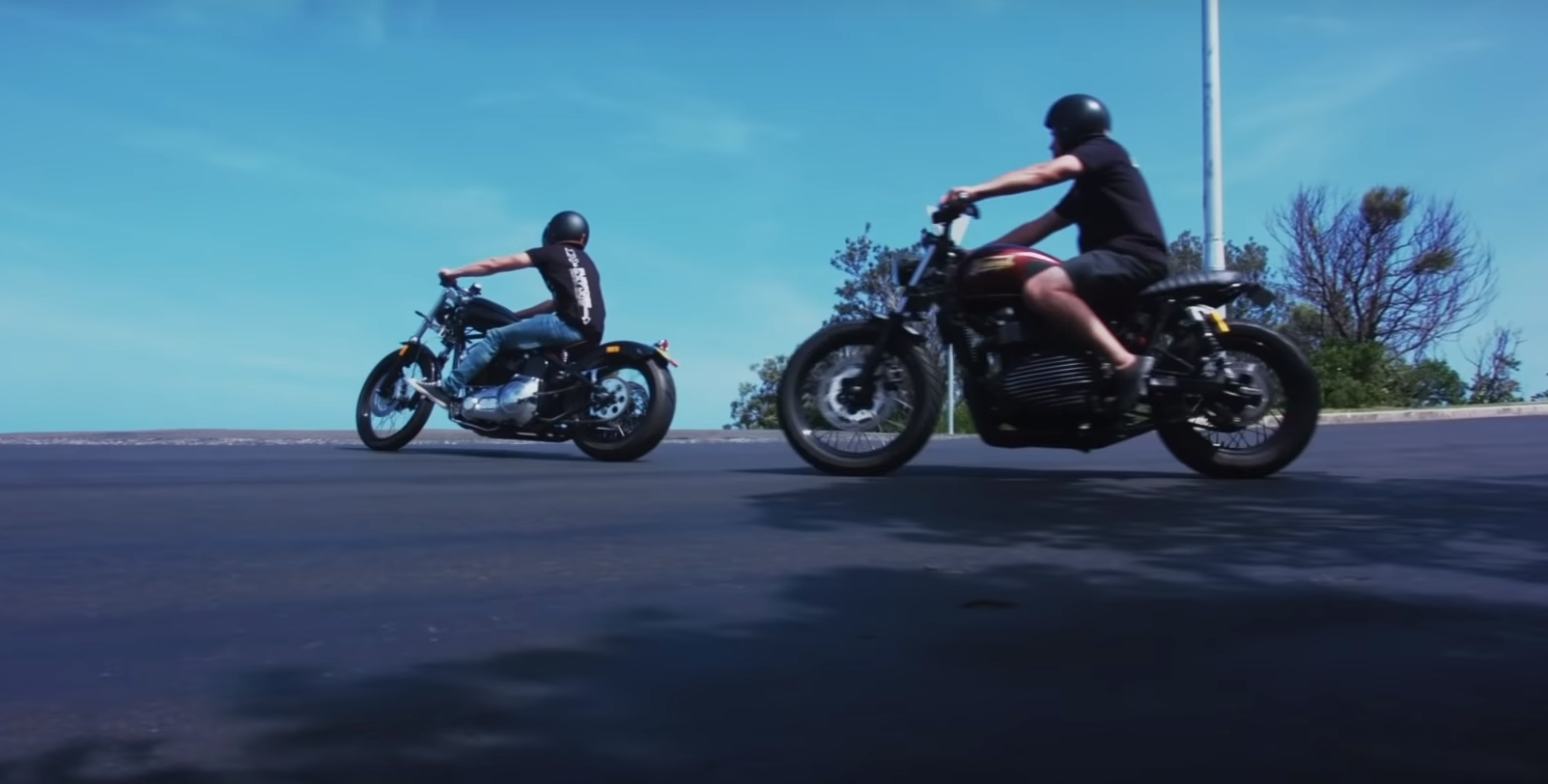