Our First 2 stroke street eater. The Purpose Built Moto touch went on this 1971 Yamaha and its as fun to ride as it is pretty. The Yamaha was dragged from under a house and built into what you see here. The idea was to keep it rough and ratty looking with a few bits of shine.

During the build on this RD350 Cafe racer the wheels were striped and relaced with some mint green rims, a custom tail section and sub-frame added with a new seat built in house, and finished with some Purpose Built Moto LED Turn signals. The owner also added some of his own touches along the way, helping him make it his own. The custom oil tank and re-purposed Cessna landing light looking right at home on this epic custom bike. You can read the full mods list and build story here. 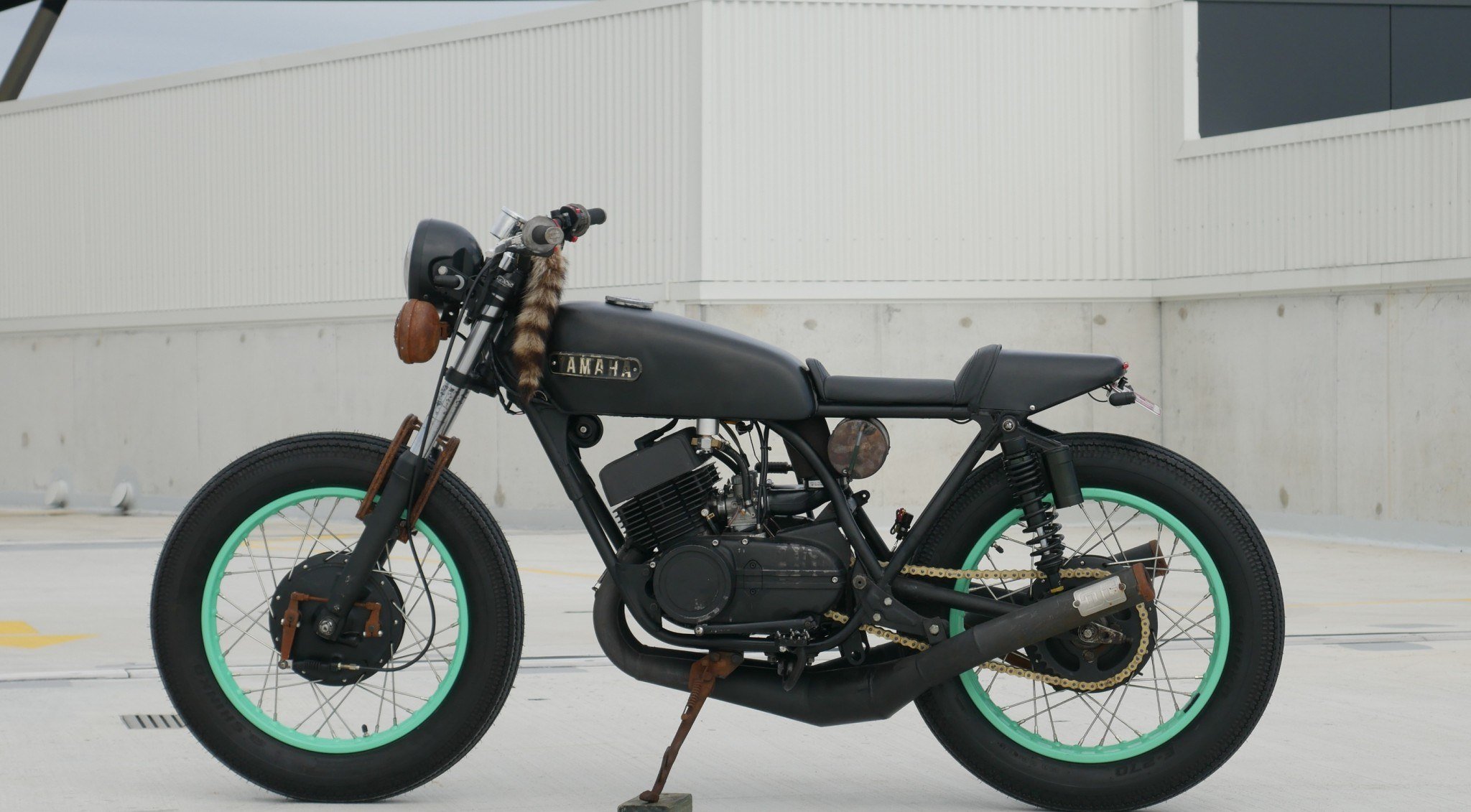 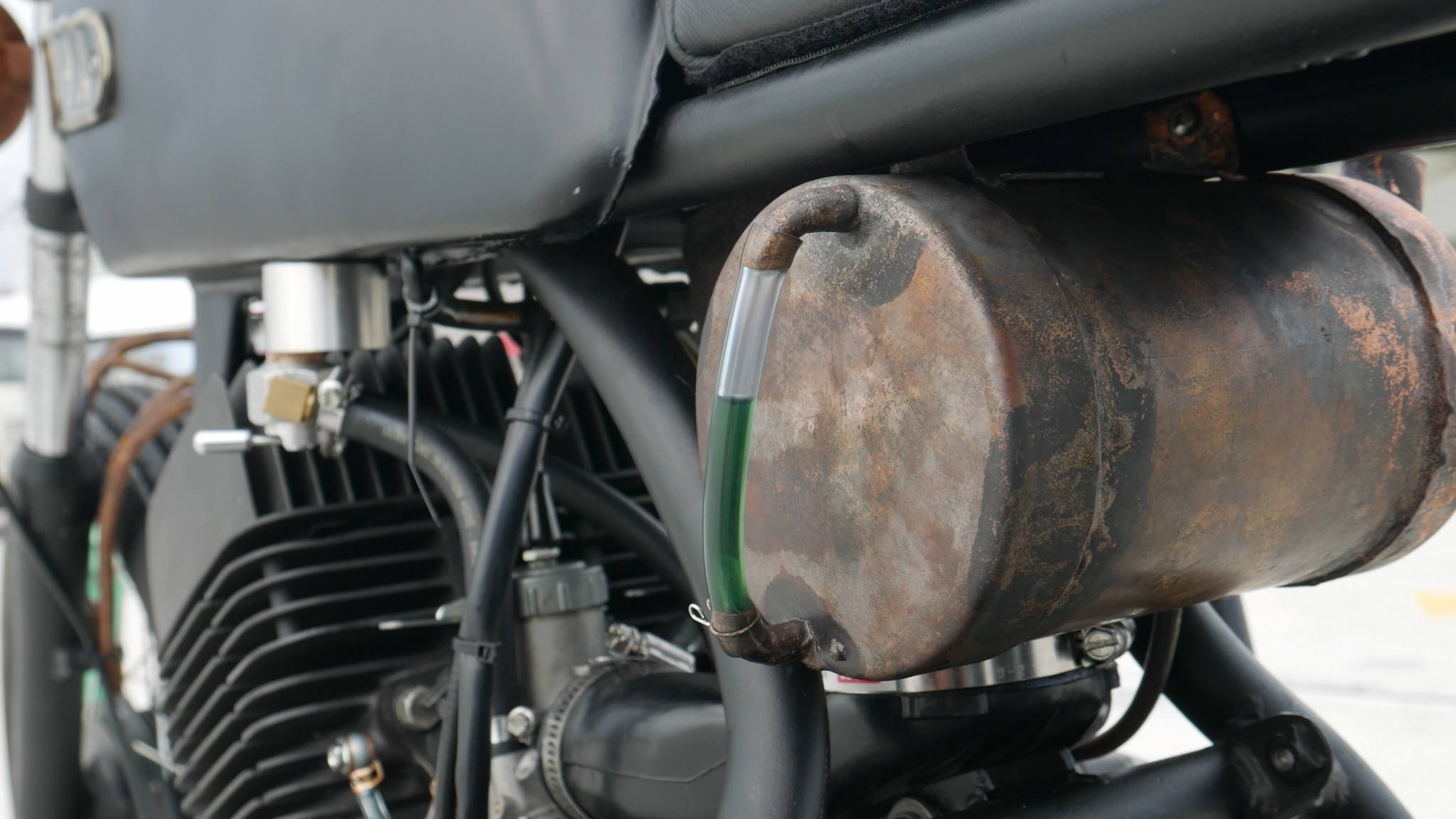 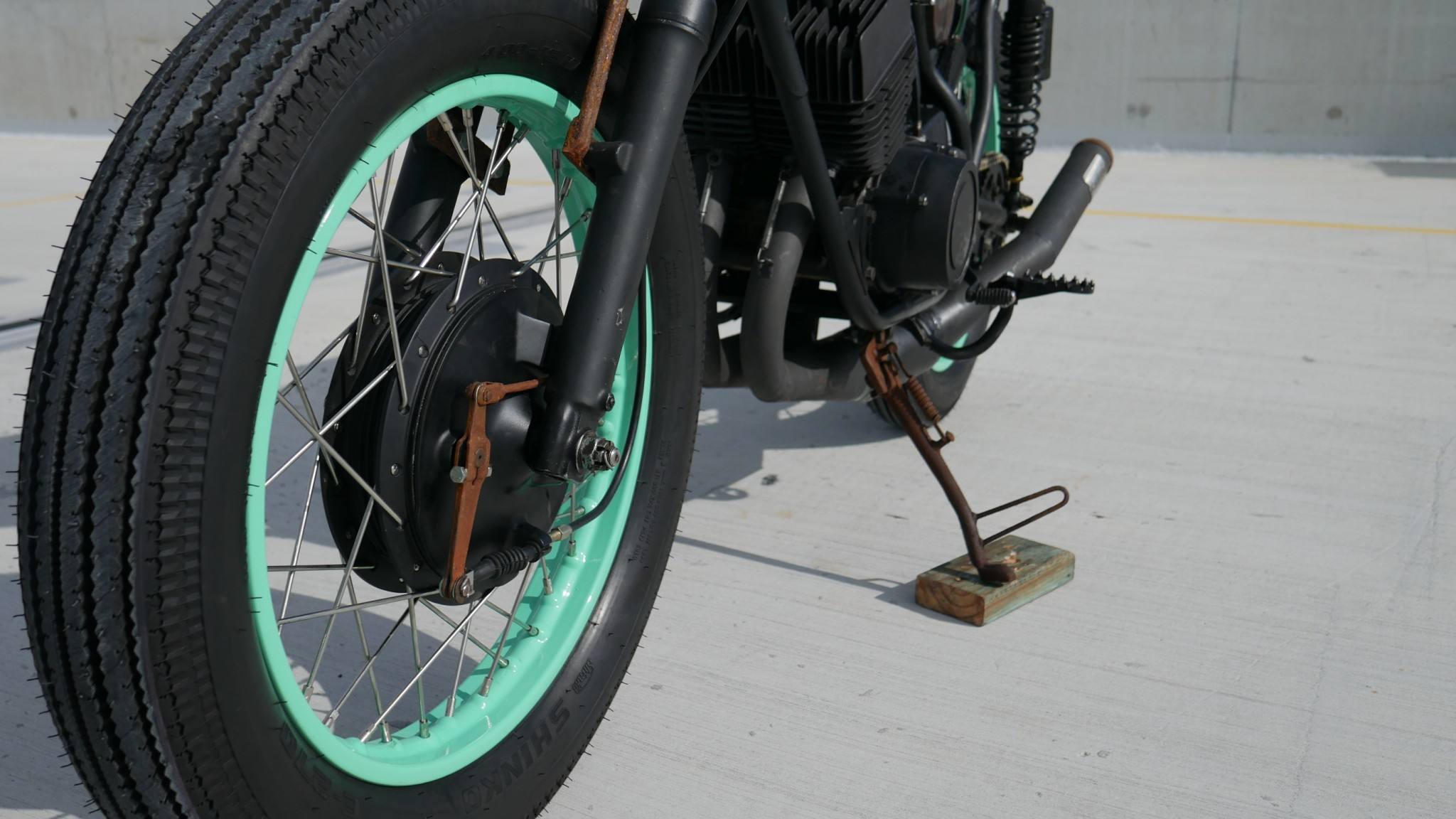 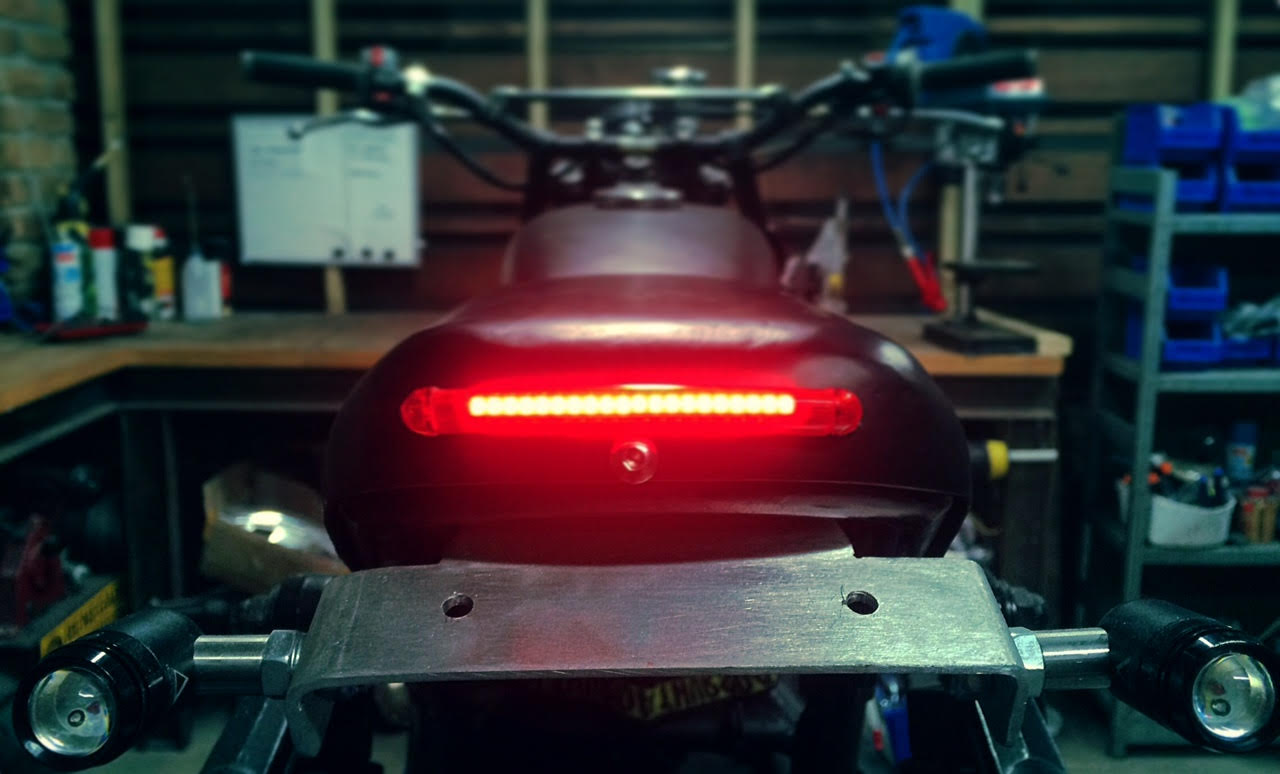 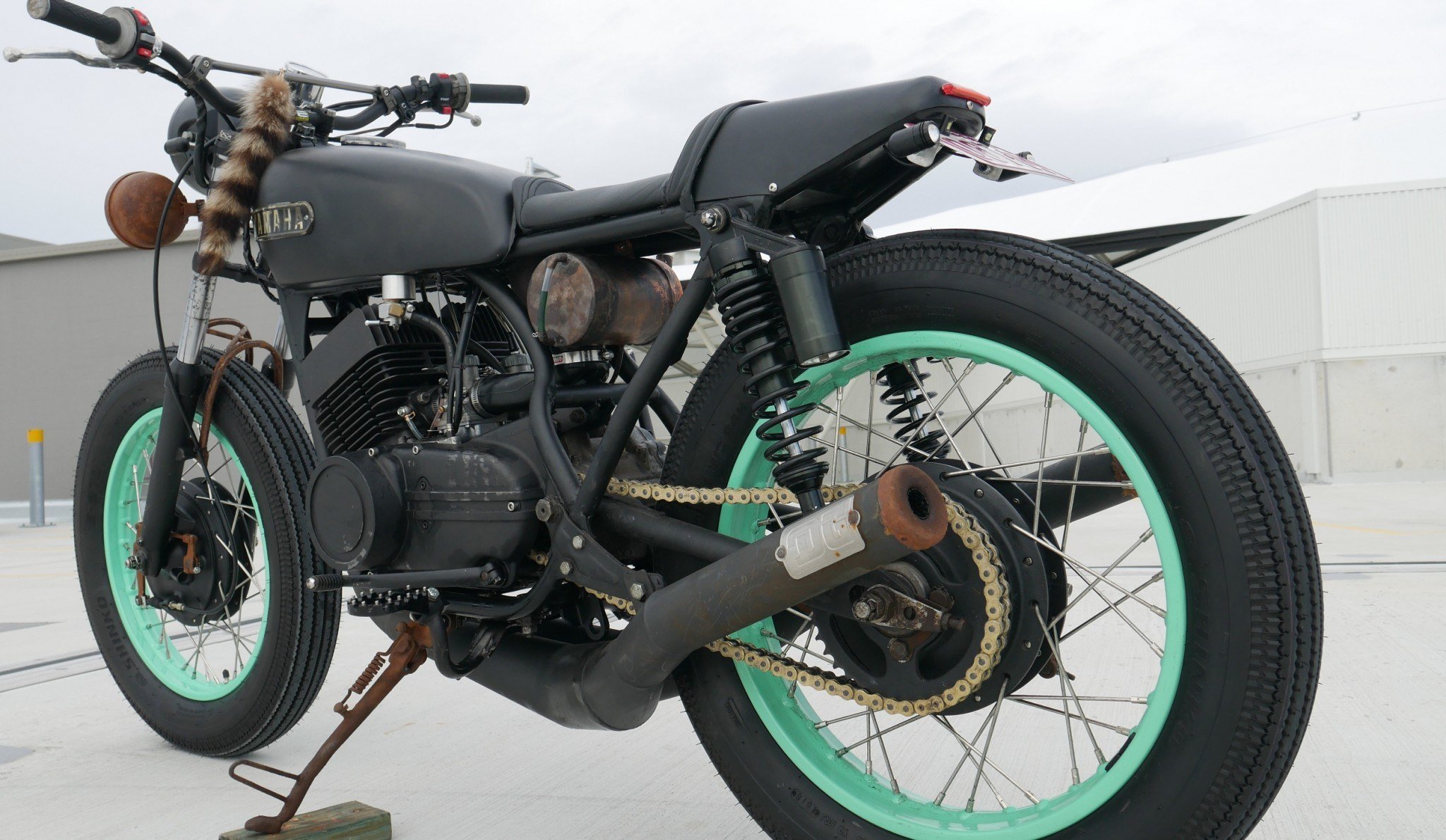 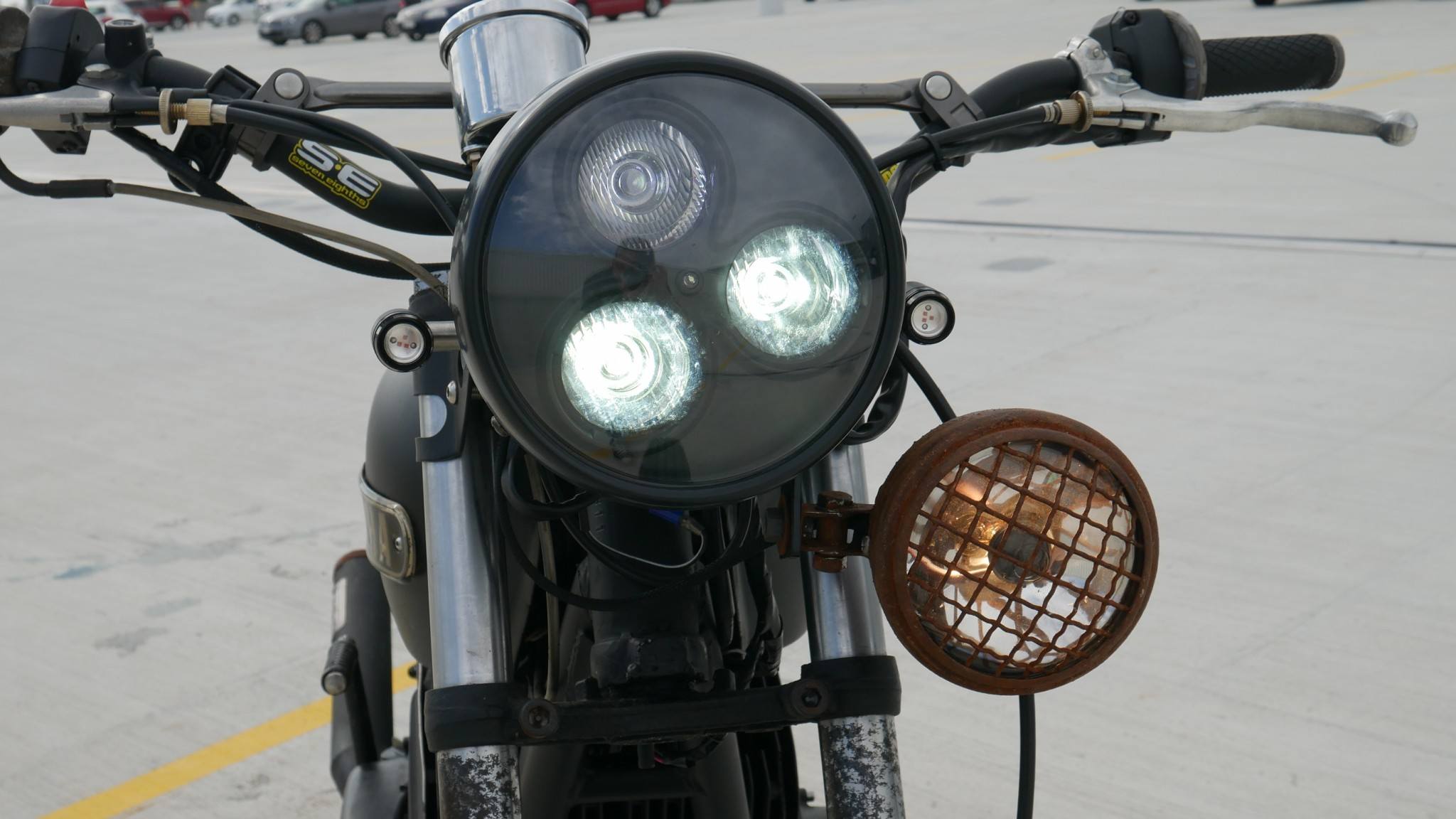 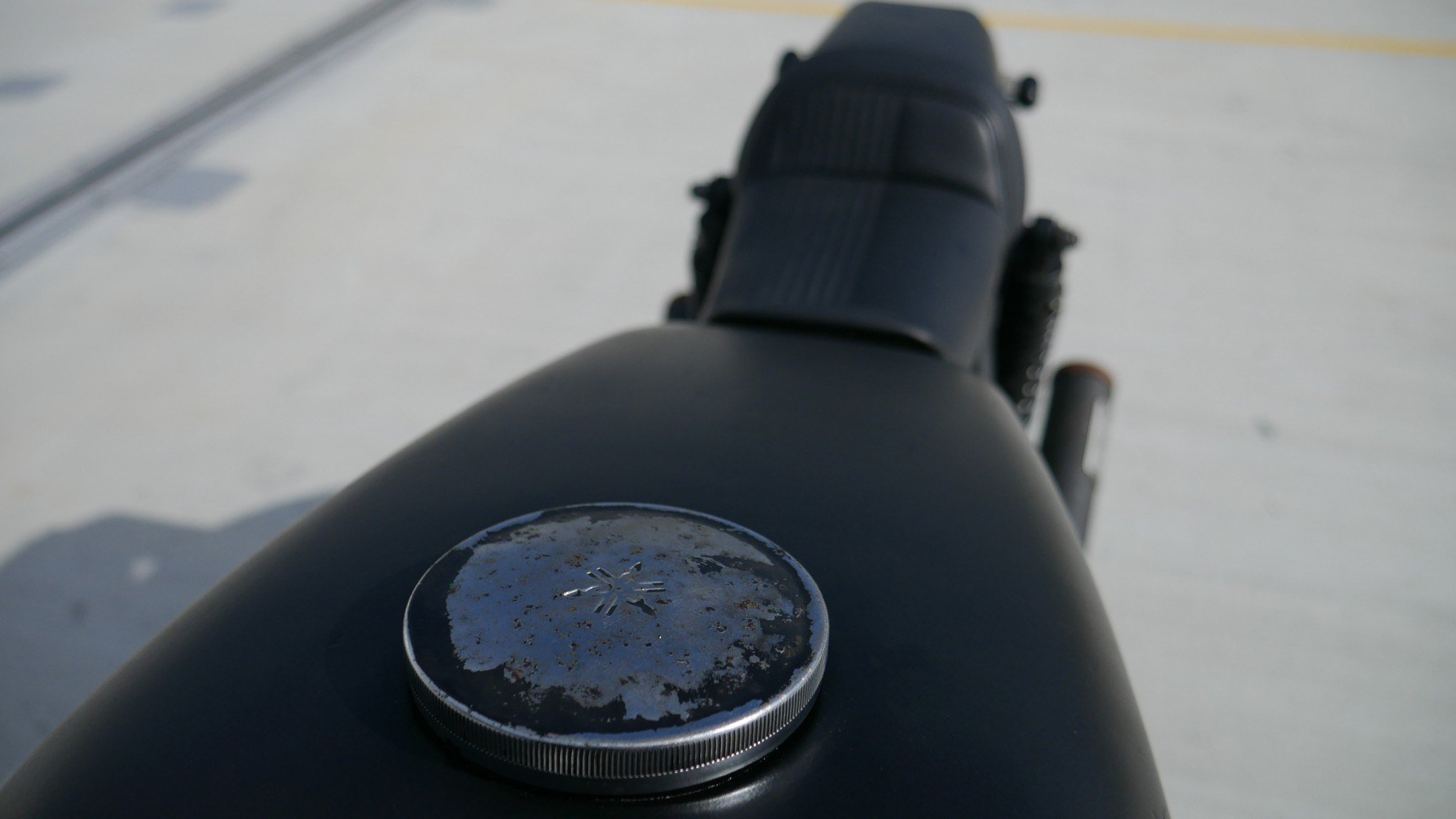 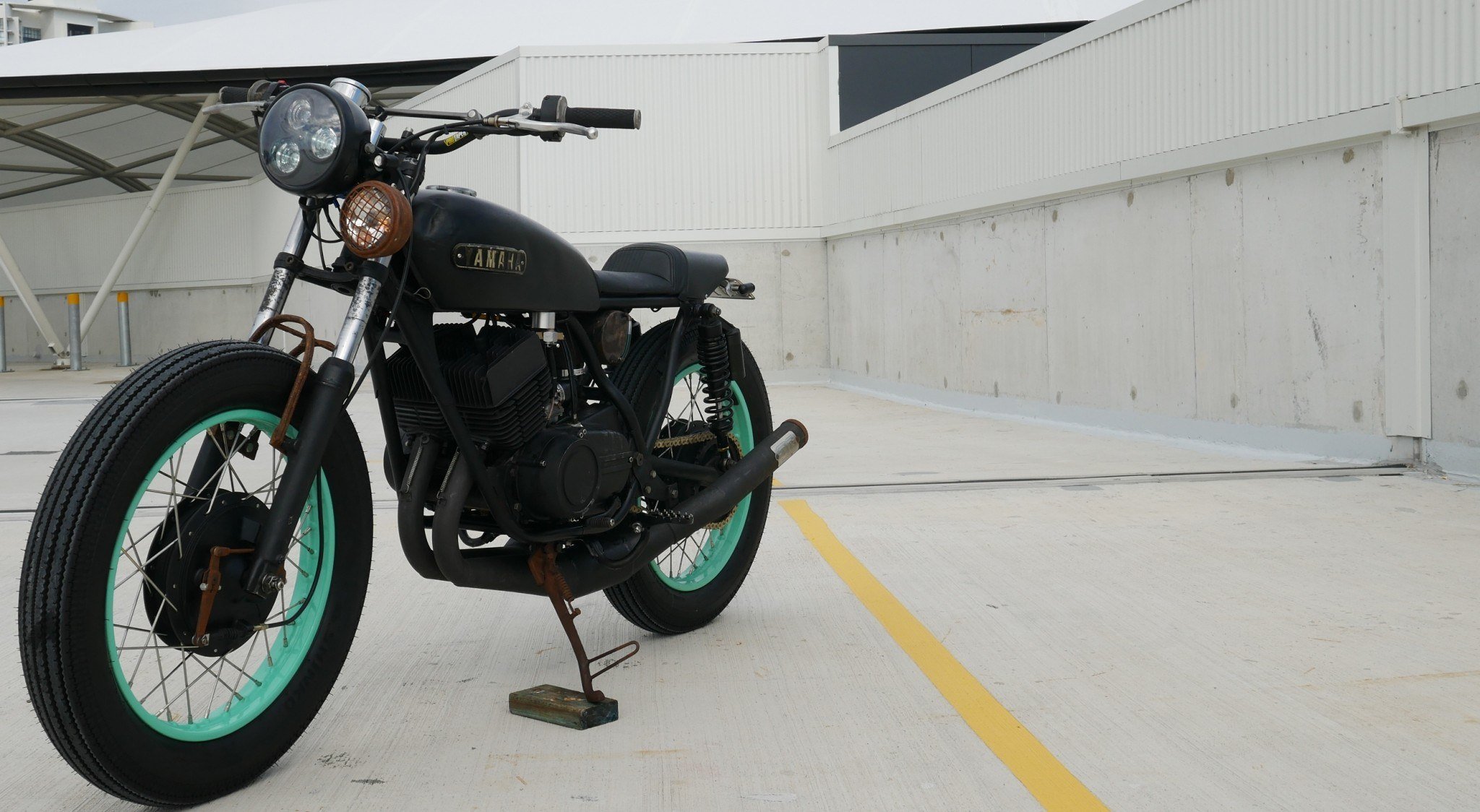