I've found the Suzuki GS series of the 70's + early 80's has an incredibly loyal following. Not as prized as their Honda counter part, but ask anyone whos ridden them and owned them and they won't have a bad word to say. I own one myself.
When Kane approached Purpose Built Moto for some custom work to lighten the look of this behemoth old jammer I had to take it on. The breif was simple, make it lean, make it flow and update the old lighting system.
New lighting, modified subframe and a new seat were all on the agenda. Complimenting the new look with some colour matched fenders and side covers and rounding out the classic style with some Shinko E270 tyres.
Delivered to the rider was an unmistakable GS1000 resto/mod bike with a ton of punch. Winding this beautiful classic up is a sensory overload. The feeling of acceleration throwing you back, the sound of the big inline four breathing in through the DNA pod filters and the thought of hoping those 40 year old brakes will stop you!
One twist of that throttle on an open road and you'll be smiling so wide it might just crack your helmet visor. 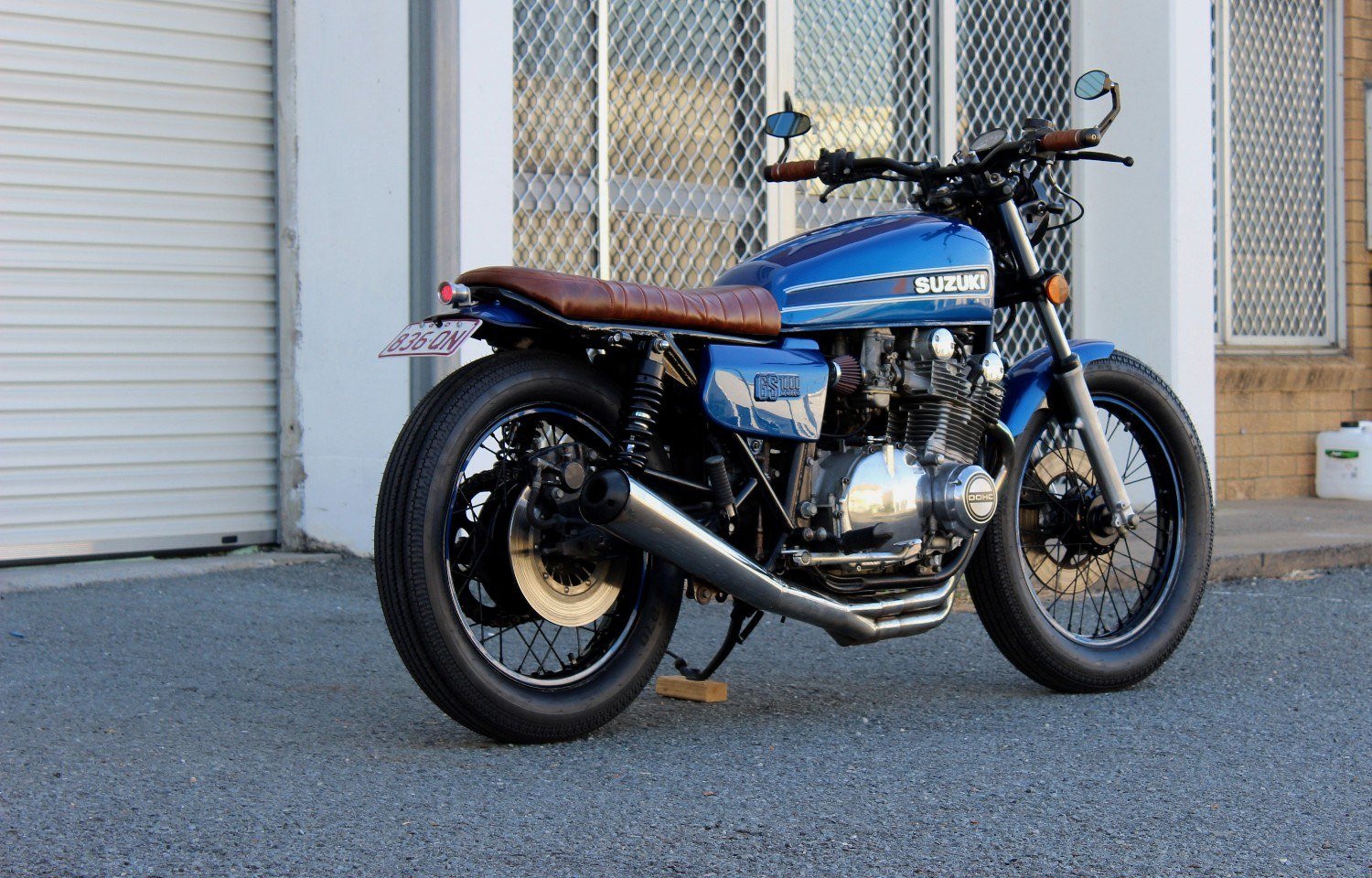 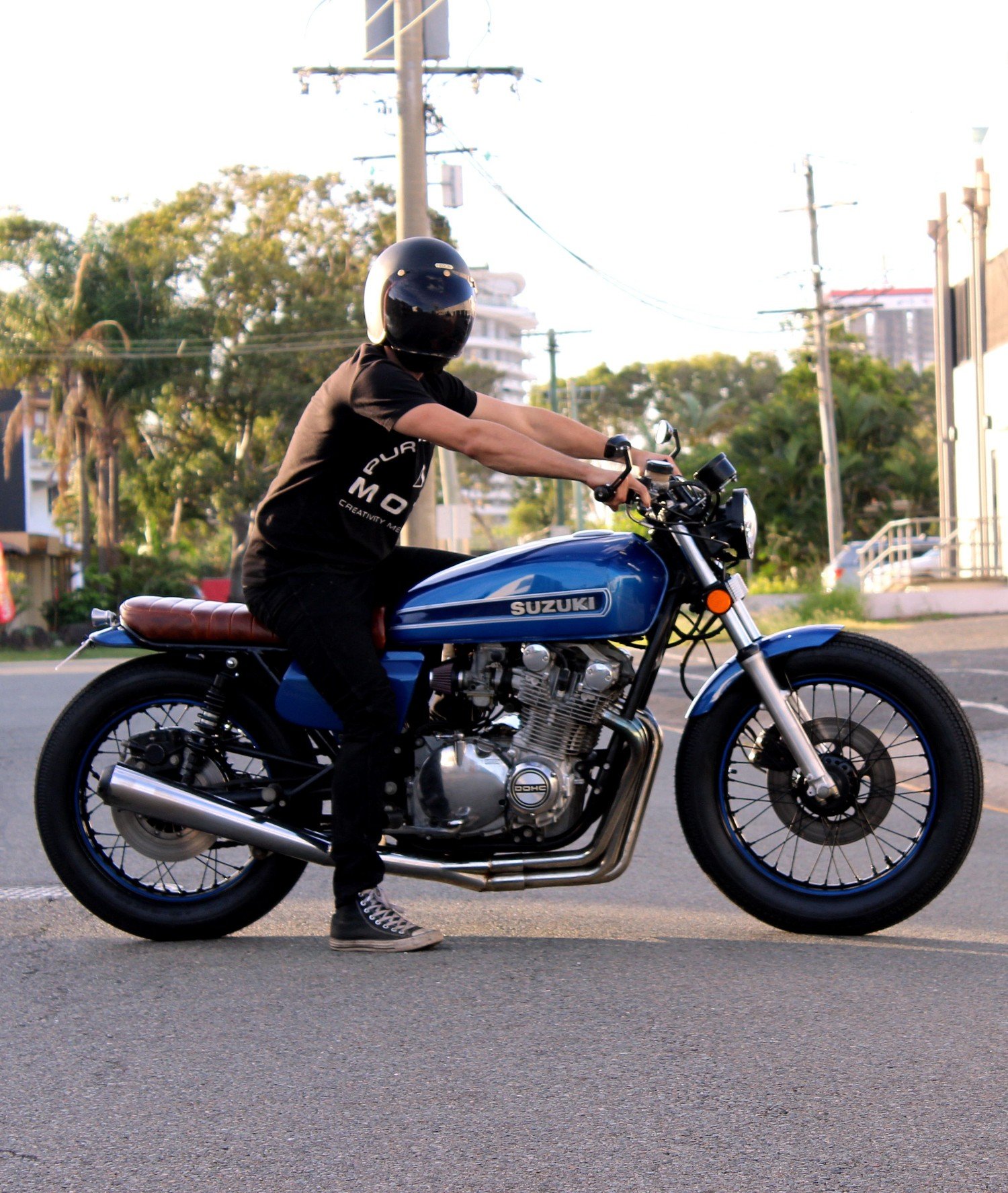 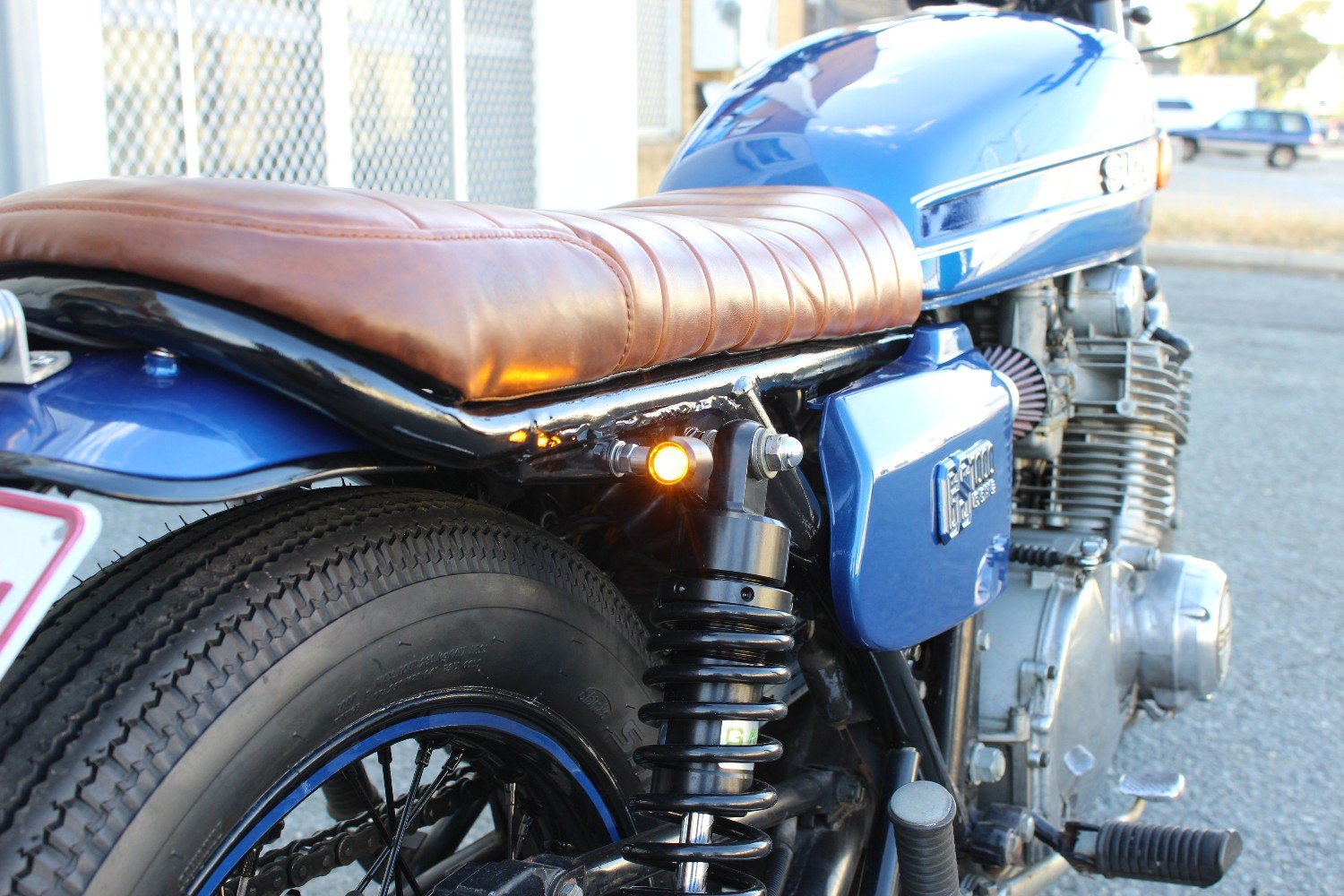 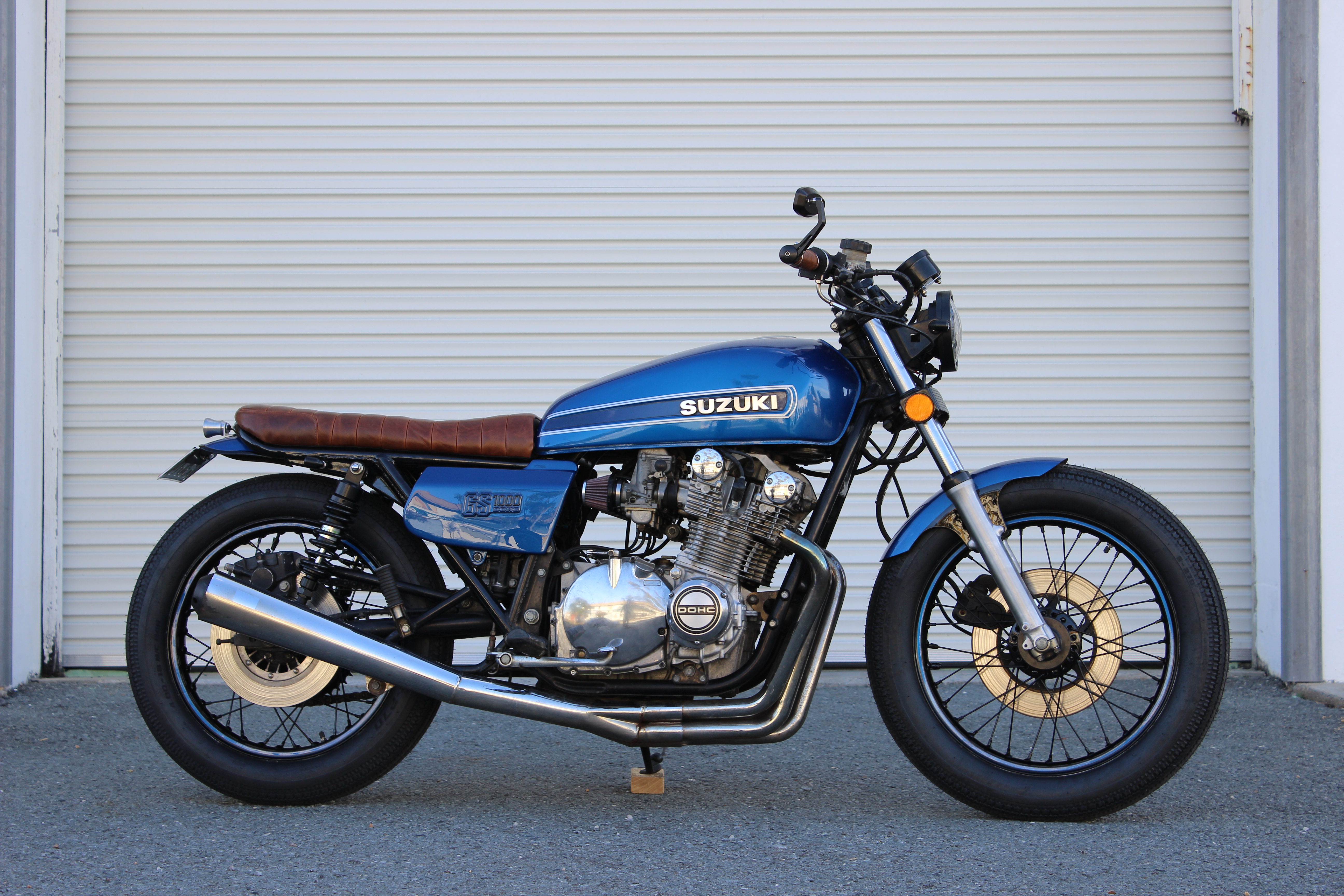 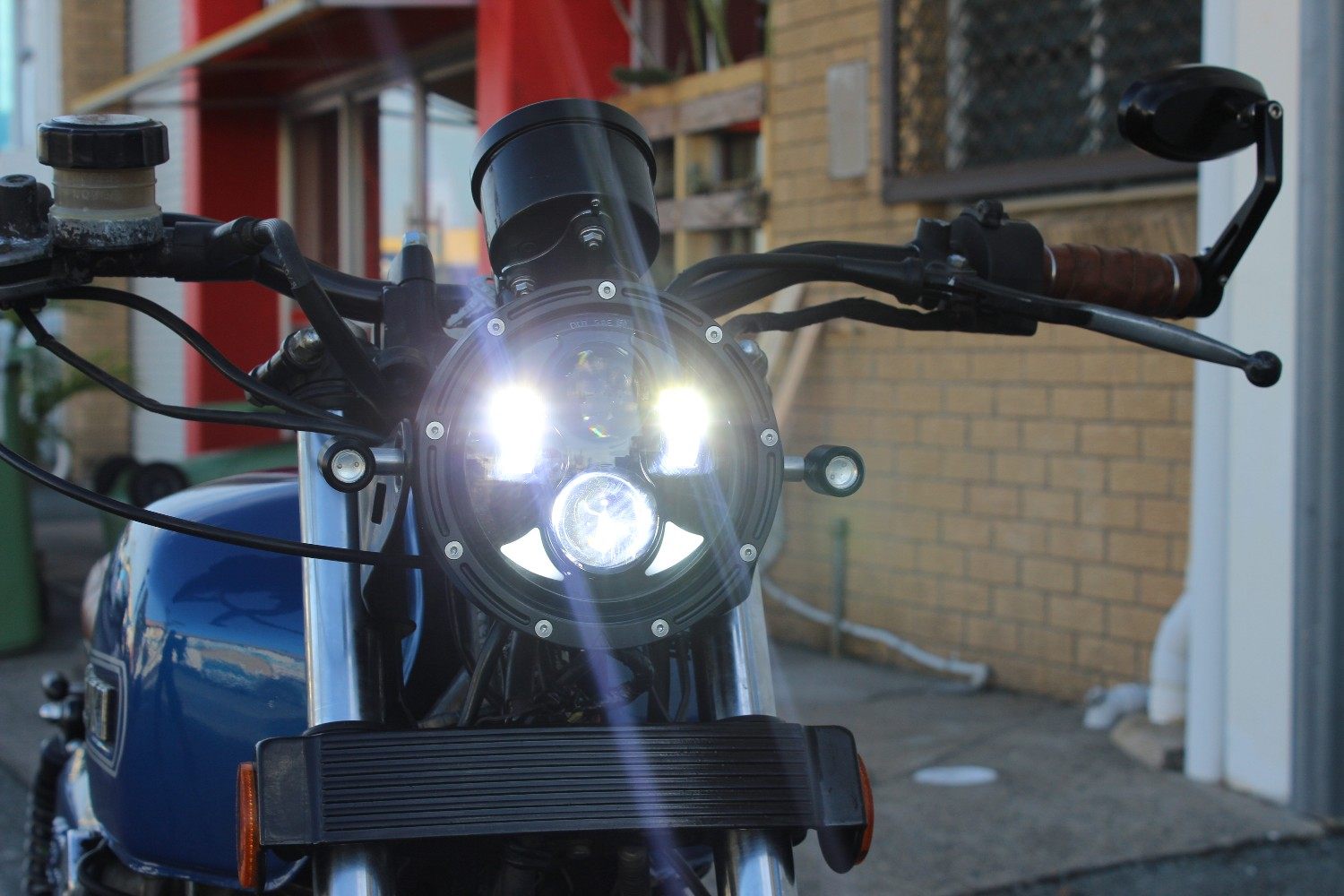 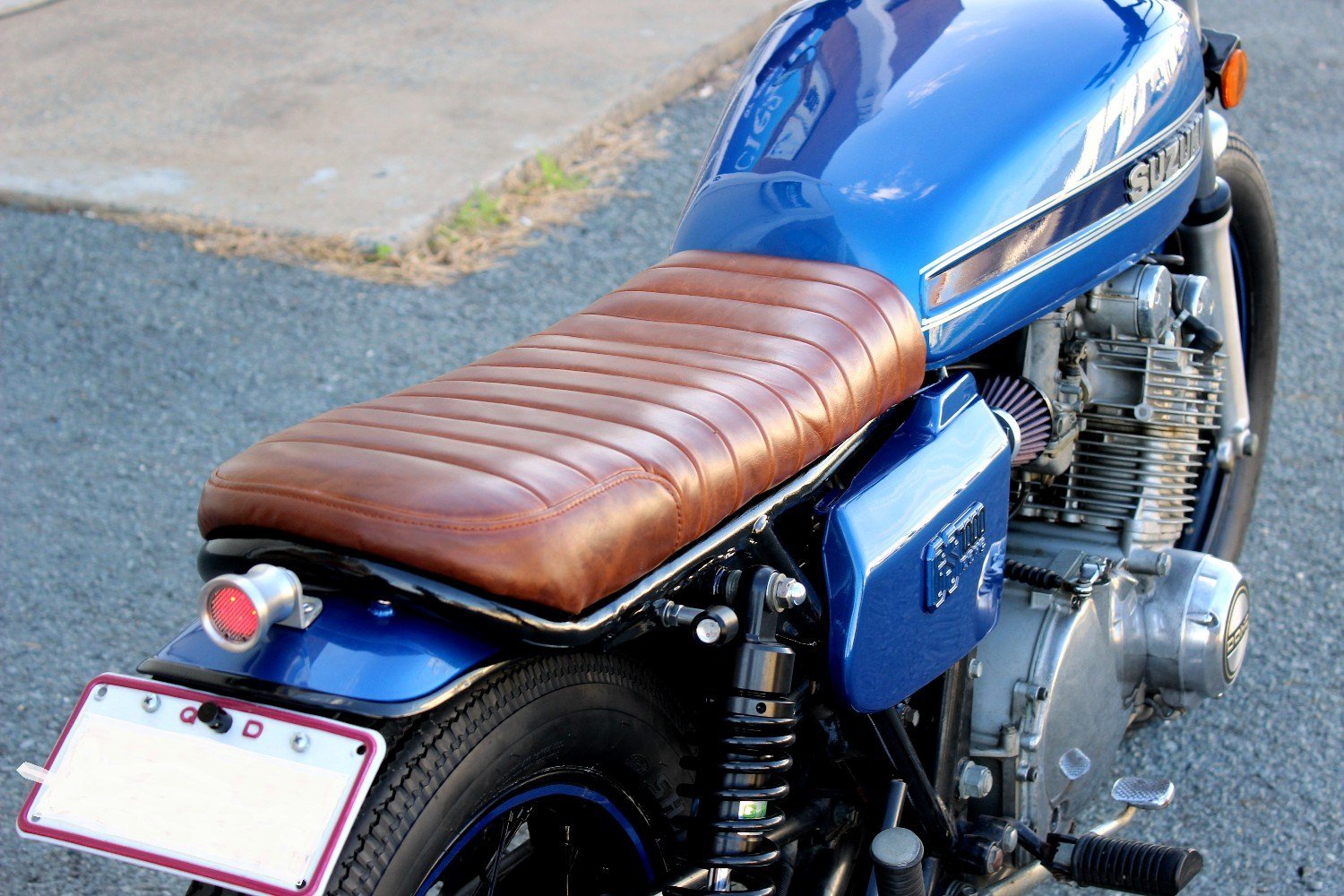 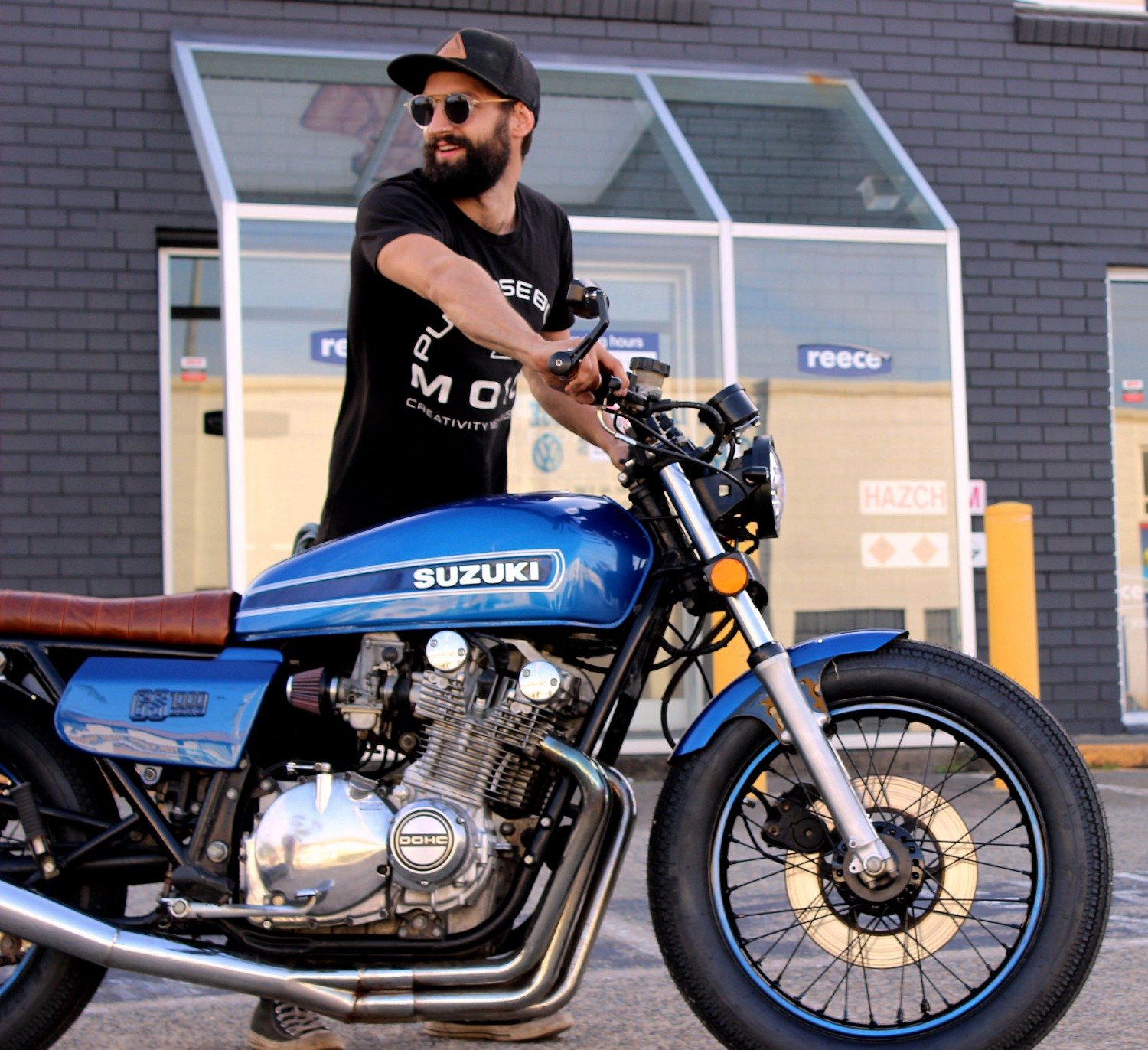