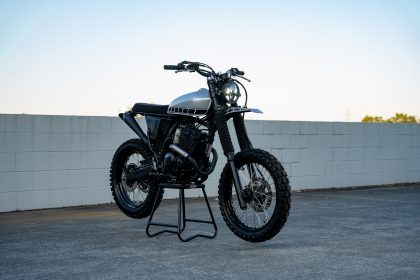 We took this run down Yamaha TTR250 Scrambler and turned it in to the ultimate beach bike.

Everyone loves a scrambler and there are many ways you can achieve the look and ride you want. The order in which we upgraded the TTR250 scrambler is probably the best way to go if you want to prioritise function over fashion to convert a dirt bike into a classic scrambler. 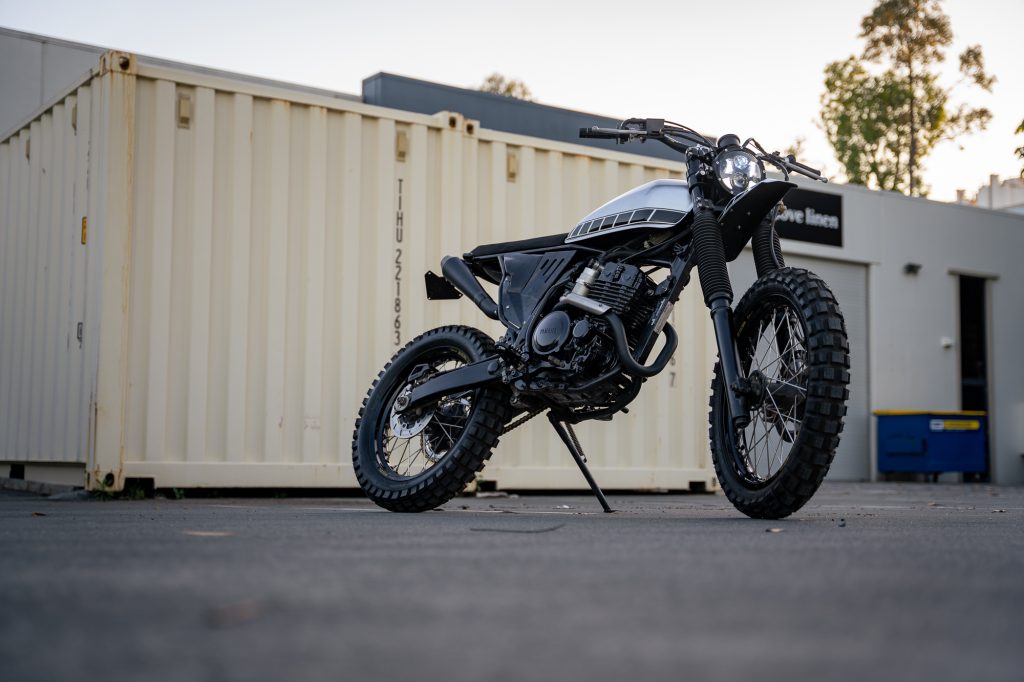 The end result is a super light weight, well balanced bike, with enough power to get you where you need to go and leads of style to boot. The base bike is a 1999 TTR250. The previous owner had stripped all the plastics off the bike and fitted up the ever popular CG125 tank, while the idea was there the execution was lacking with an ill fitting seat, flimsy tank mounts, some questionable fabrication work and some even more questionable wiring.

There was potential lurking beneath the surface of this poorly built beach TTR250 scrambler, and we we’re about to let it out. Starting with the subframe and seat fabrication. We’ve retained the standard airbox, modified the battery box and simplified the frame to allow a flat brat style seat. With the frame set out, we re-mounted a few of the key components under the seat and fabricated some ally side covers to smooth out the essentially stock under seat area. 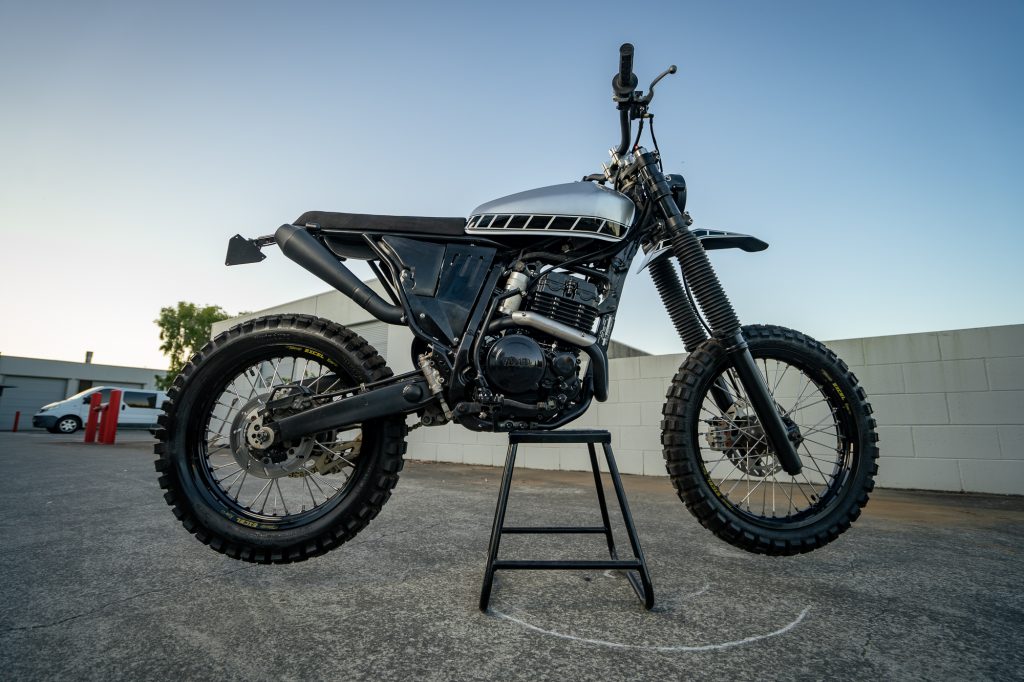 Next was to level the tank and mount it properly, we see this a lot with custom or swapped tank bikes, arguably mounting your new tank is the most important part. So we spent some time to make sure the tank is secured properly with the factory style rubber mounts welded to the frame.

Next up was suspension, with the standard rear shock blown to smithereens we send that out to our mate Charlie Costanzo to be rebuild and upgraded, we got to work on the front forks and engine. After a few tests we determined the engine in this little TTR250 scrambler was pretty tired. If this bike’s childhood was anything like mine, this was likely a symptom of countless weekend barbeques on the farm with dads mates, and all your uncles doing time trials half cut around the paddock. 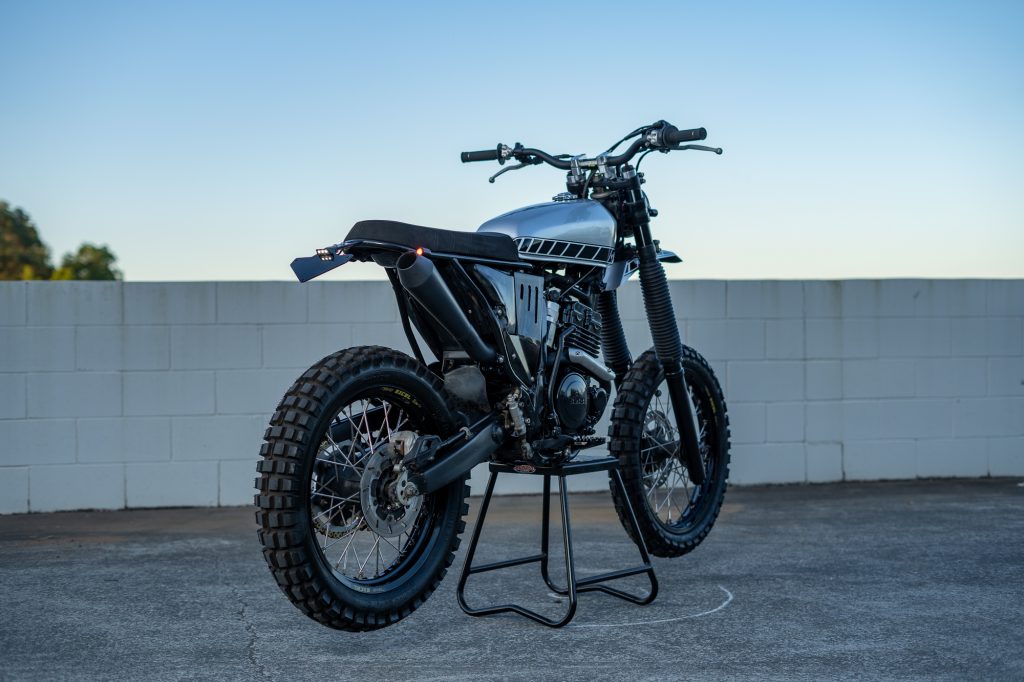 Either way it needed a rebuild. We’ve recently bough an engine builder and performance mechanic in house here, operating under the name Purpose Built Performance. Now offering engine builds, repairs and servicing on anything your usual mechanic deems a little too old, or a little too difficult.

The TTR was treated to a completely new top end, including new valves, springs and some porting work to get it breathing a little easier. We’ve also rebuilt the standard carb back to new condition.

Once the new exhaust was fabricated and ceramic coated using a purpose built moto torpedo muffler we’ve linked it up to our lambda tuning system and dialled it in to start, run and ride perfectly. 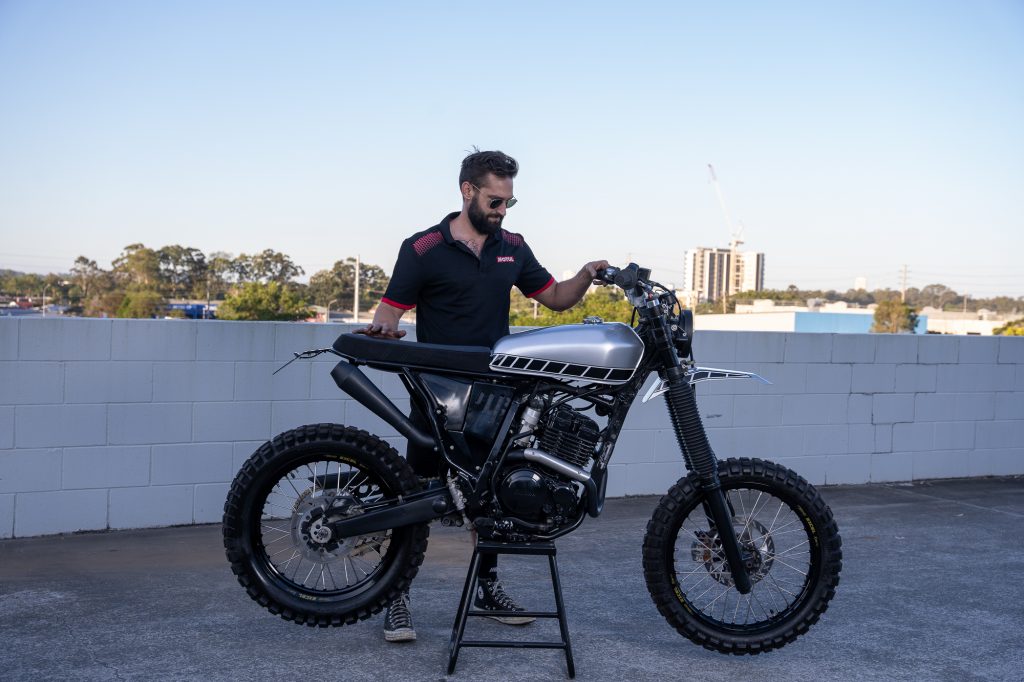 The fabrication work continued on the front end with all new lighting being fitted to custom brackets, and a hand made MX style fender shaped up to sit high over the front wheel. The stock wheels had been rebuilt with black excel rims, running 18” rear and 19” front wrapped in continental TKC80 tyres.

Bars have been replaced with a low bend pro taper bar, with new levers and a swapped master cylinder from a 2018 Kawasaki Ninja 250. The 3 button PBM switches run to a Black Box module under the seat which controls the 5.75” flashpoint headlight, and the 3-in-1 indicators used front and rear on the TTR250 scrambler. 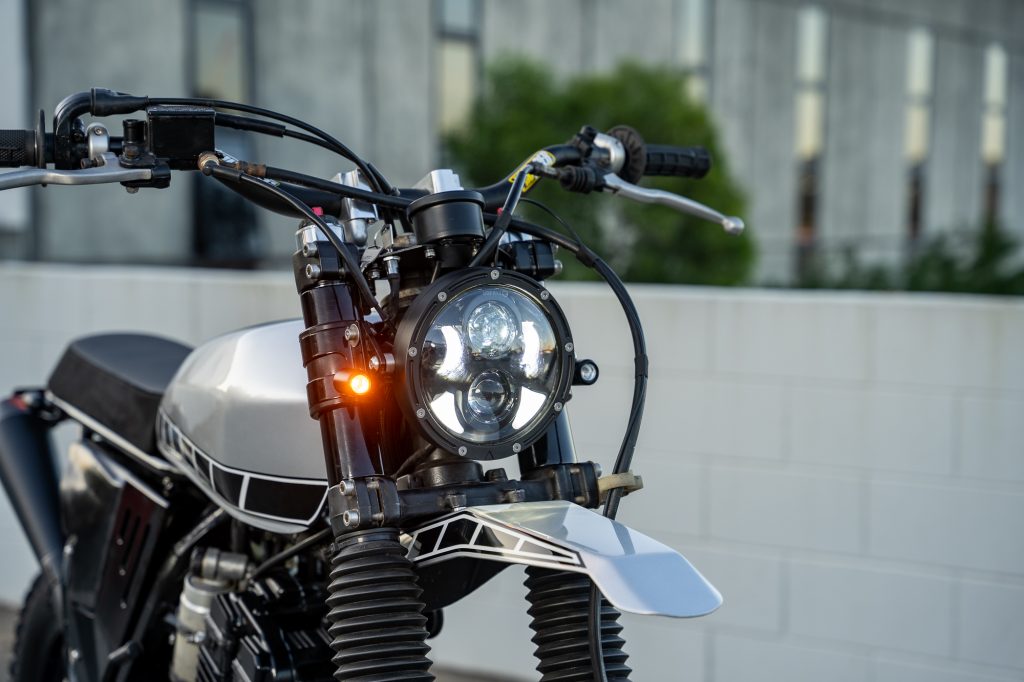 Finishing touches underway the tins were sent for paint and the seat for upholstery. Timeless Autotrim fixed up a very simple flat seat with generous foam for comfortable riding, using Alcantara sides and black gripper on top. The paint is just as simple, and just as impressive. A glossy bright silver, with black and white speed block design running either side of the tank and onto the front fender.

Getting out to rip around on this bike is as fun as it looks. After a few heat cycles running the engine in then letting the TTR250 scrambler rip through the streets of the gold coast bring back memories of hooning dirt bikes down streets before I had a licence to lose. Its not the fastest bike on the street, but the forgiving suspension, up right riding style and the ability to get right over the bars when you want to makes this scrambler perfectly nimble. Now all finished up the TTR250 scrambler will head down to Brunswick heads to live the life it deserves. 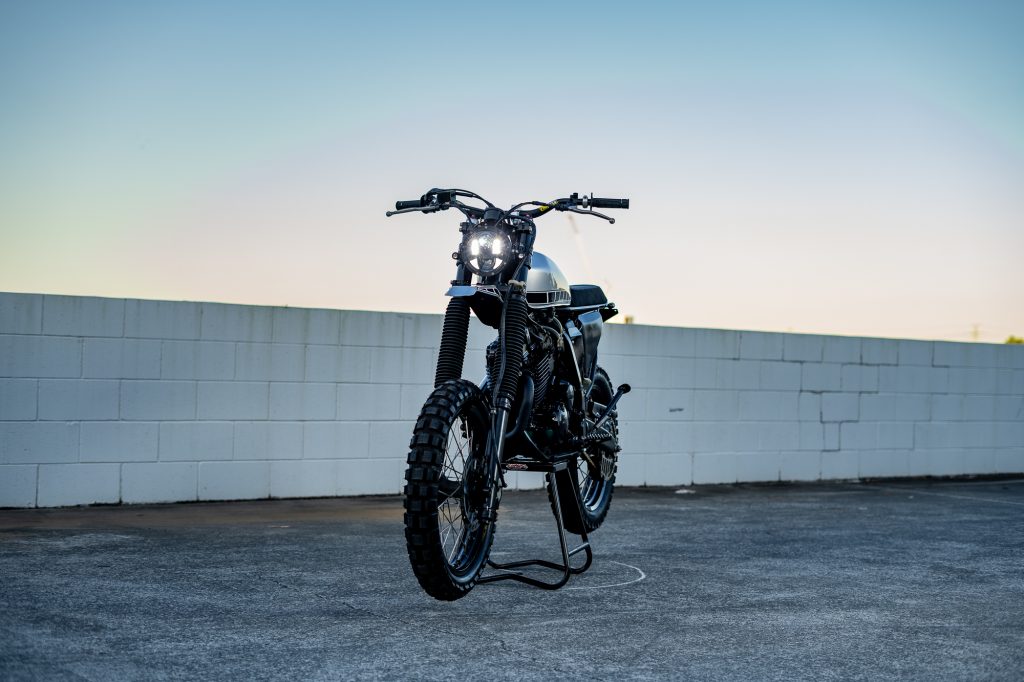