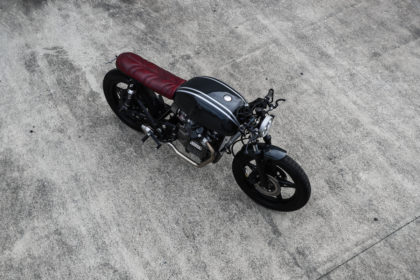 If you follow Purpose Built Moto on Instagram, this bike would have been known to you for a long time now. Luke has been a fan and a mate of the shop for years. Finding us on social media and quickly making himself known to us. The Honda CX500 was a relatively nice motorcycle when he first bought it, but needed to make it his own and wanted it finished in a brat style café racer. He had started doing bits and pieces and had bought the bike to us for some fabrication and a seat. Once that was finished, the intention was that Luke would finish it off himself. As it happens, life got in the way. The CX500 was rolled into us about 18 months later for completion. 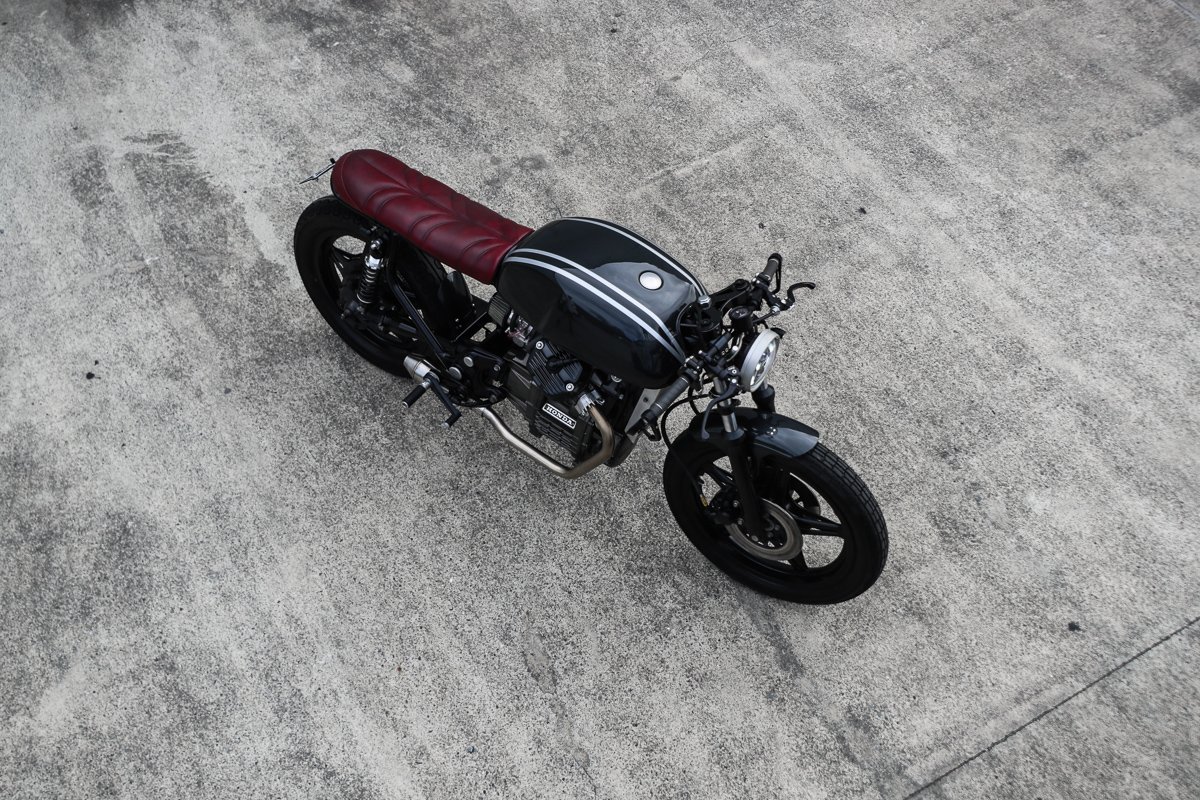 Let’s start at the beginning. When PBM was still run out of my home garage, luke bought the Honda CX500 down to me from the Sunshine Coast. He wanted a low and lean CX500 in a brat style. I started by rebuilding the rear section of the bike to allow a flatter profile over the length of the bike. Making a hidden electrics tray, and a brat style seat that was trimmed out in a cherry red leather. This was one of the first seats Jamason had trimmed for me through Timeless Autotrim. I sketched out a simple, sharp design and let him get to work. 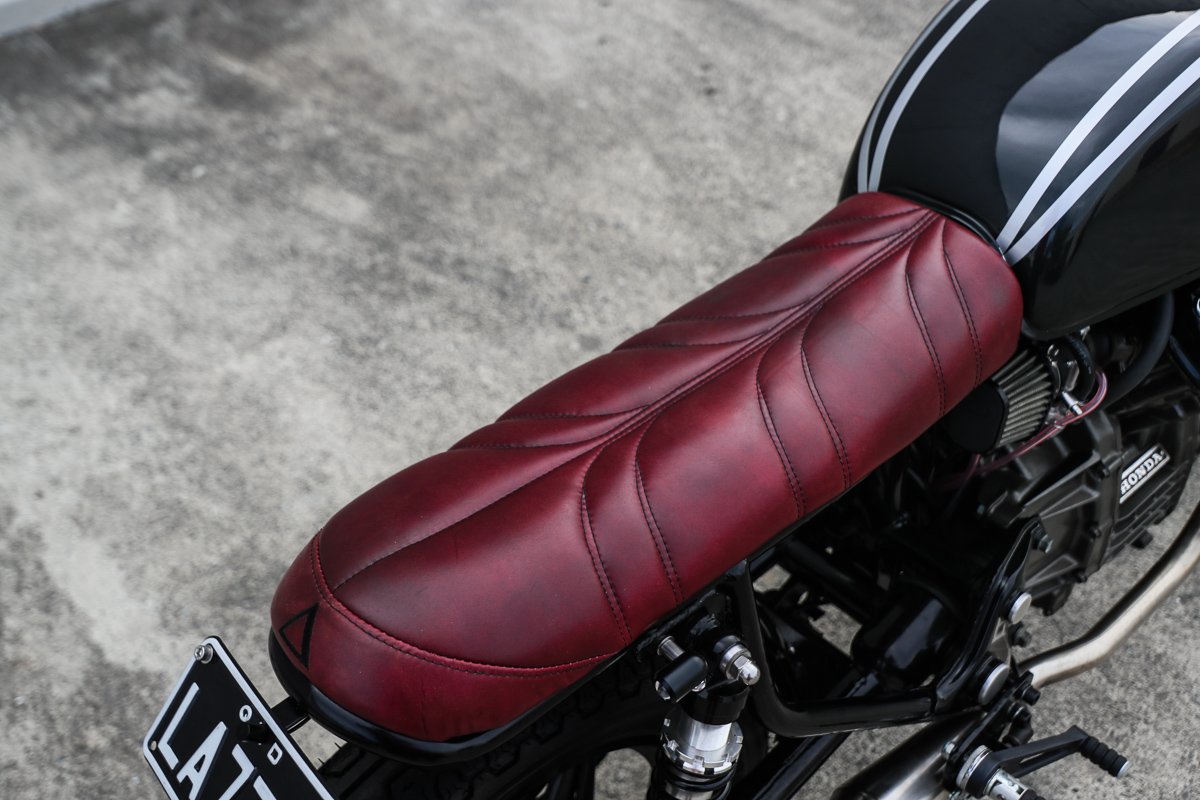 The CX500 subframe is a strange one to work with, but I’ve found a way to modify quite easily to create a flat seat section, that still allows for good rear suspension. The tail was finished with a set of Gazi rear shocks, some Purpose Built Moto 3 in 1 Brake/tail/turn lights and a simple tail tidy mounted under the frame. Other fabrication mods included a set of rearsets fitted to the CX500 frame. Moving the pegs rearward helps for a more comfortable ride when using the clip-on bars upfront. You can see the process of how we made these rear sets and shift linkages by Clicking Here 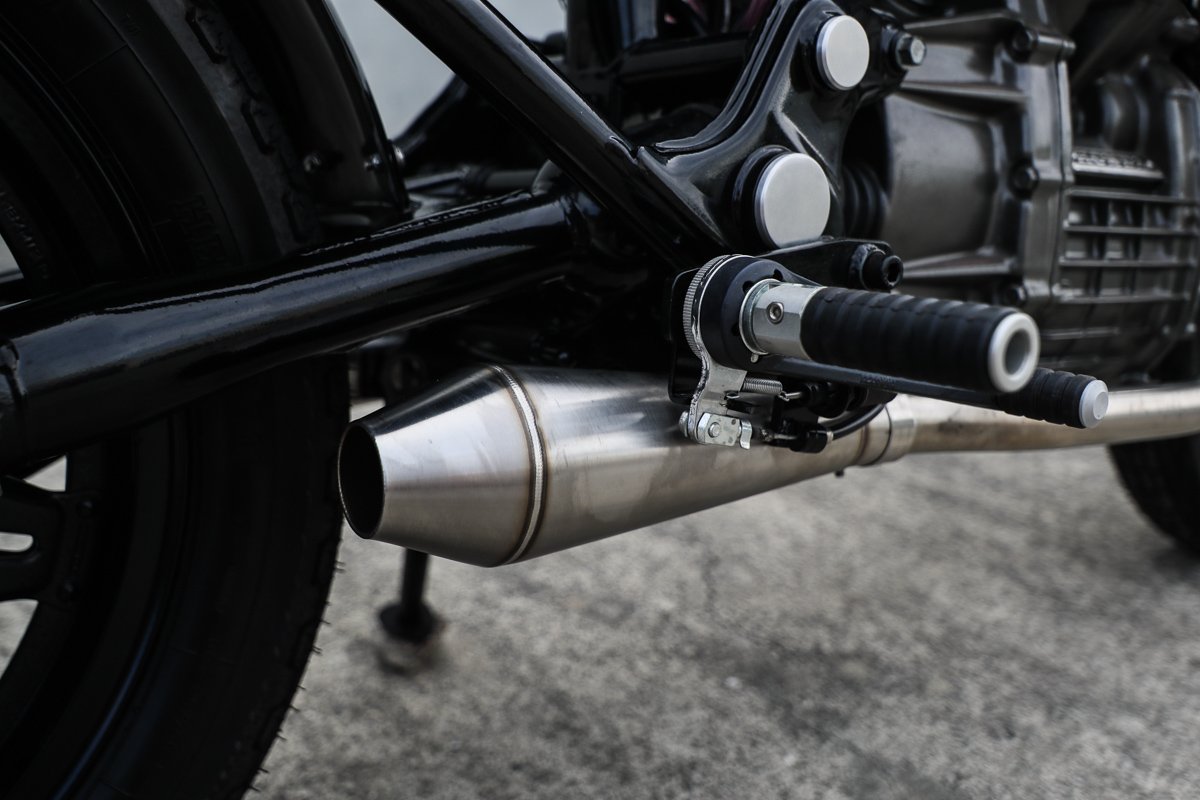 The front end has been lowered and stiffened up so the CX sits nice and low, its not the most functional modification we could have done, but when a customer wants his bike slammed, we do it. 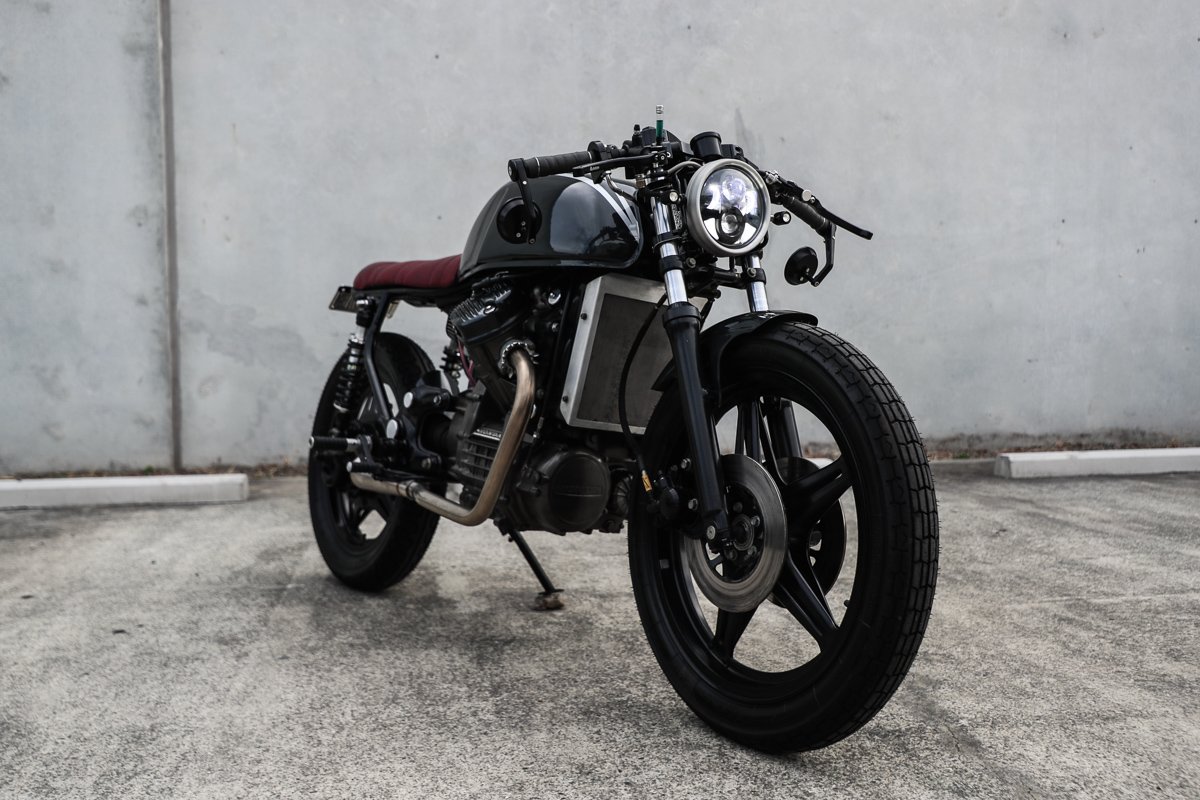 Using a PBM top triple clamp, a set of clip-on bars, and a trimmed up front fender, the bike started to take shape. The stock wheels have been blacked out, and the finishing touches on the front end being a set of minimal controls and gauges. 3 button switches, a set of Adelin Levers, PBM 5.75” classic LED headlight, beehive turn signals, and a Velona analogue speedometer. 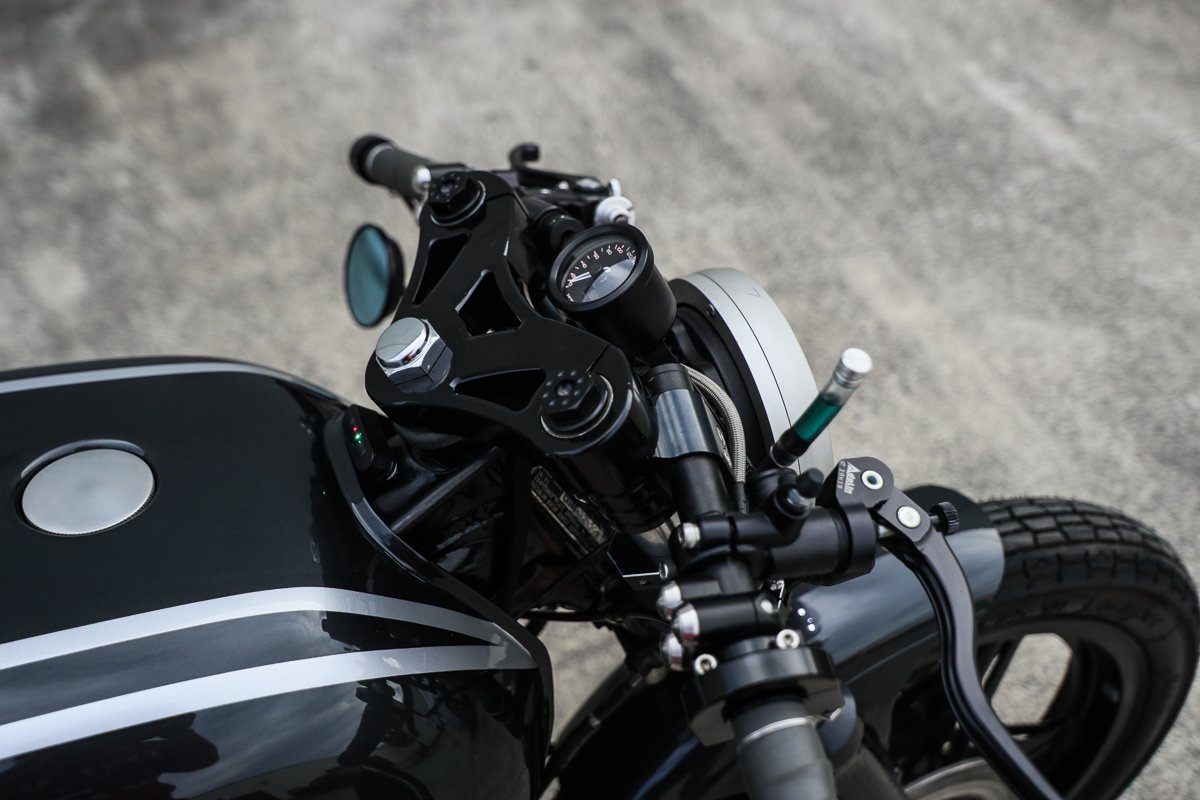 The finishing touches give the Honda CX500 café racer a stripped back look and we’ve done our best to tuck everything in nice and tight. We took the same approach with the custom stainless exhaust, a 2-2 system was already fitted but had no symmetry any way you looked at it. The pipes were removed, modified, re-welded and finished back so you would never tell. Fitted with a set of 1.75” PBM Torpedo Mufflers. When this Japanese twin fires up you definitely know about it. A low rumble and a definite presence on the street. You can hear the sound in our build run down video on YouTube. 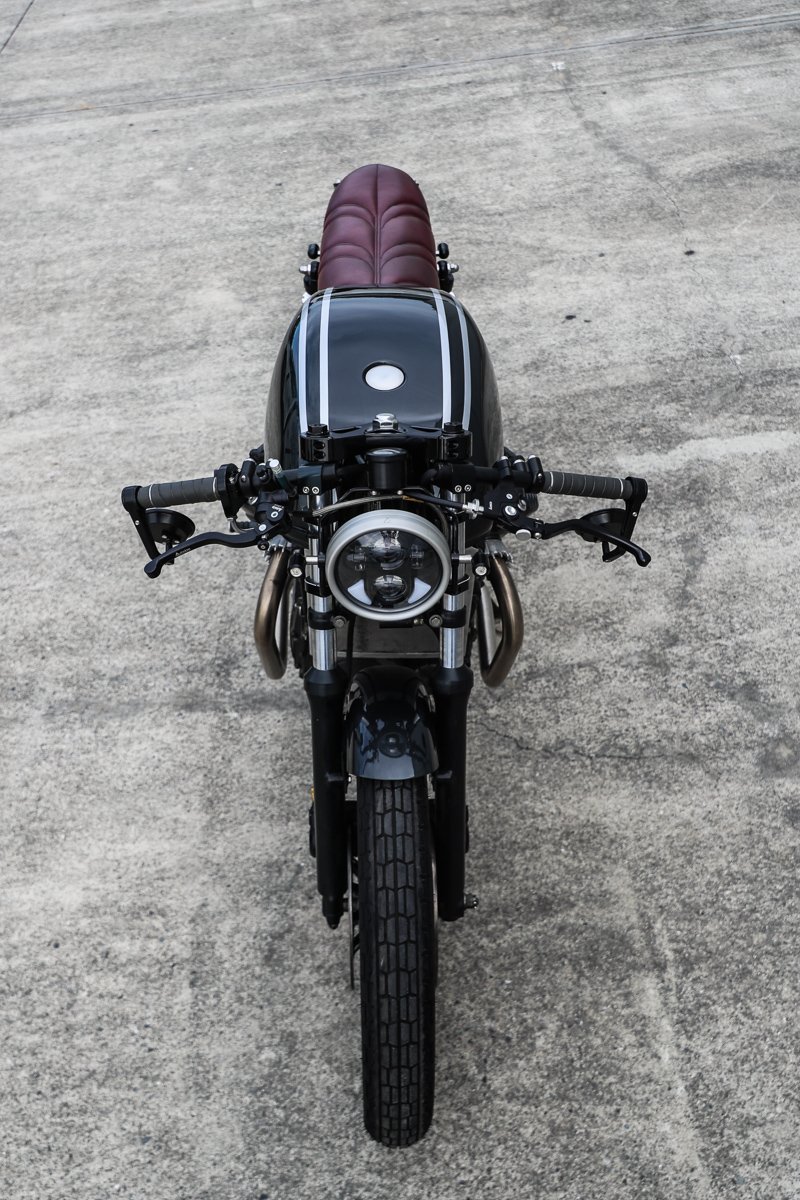 The motor itself was left relatively untouched. A low mileage donor, we have gone through and checked it top to tail, and buttoned it all back together. Matching in with the free-flow exhausts we’ve fitted a set of Mikuni TM34 and DNA performance pod filters in a grey leather top. Coupled with an Ignitech CDI ignition these make the throttle response snappy and give the 500cc Honda twin a good boost in useable street power. 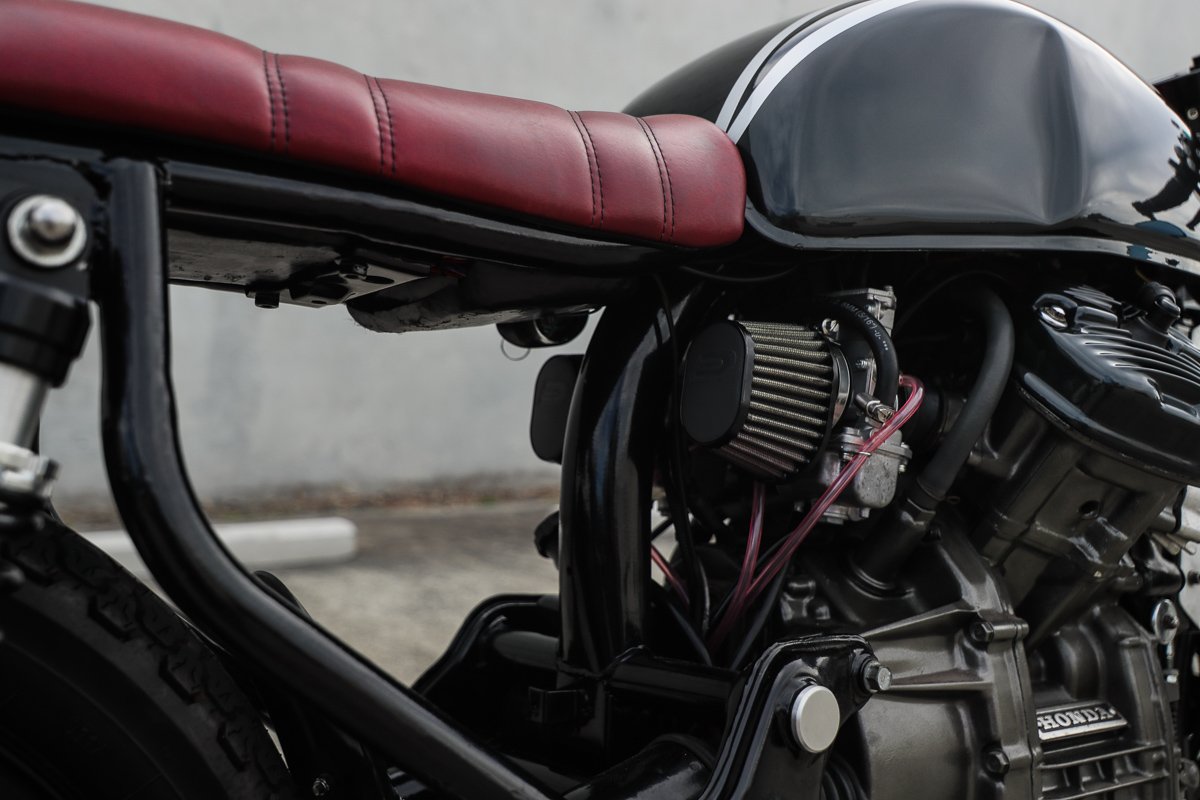 The final touch was the complete re-wire and electronic control. As with all of our bikes the CX500 uses a PBM Black Box module to control the lighting and push-button system, an upgraded regulator rectifier from Ricks electrics, that charges a small case antigravity battery. It’s a great feeling finishing a top to tail re-wire, running through a set of tests and turning the key for everything to work perfectly! 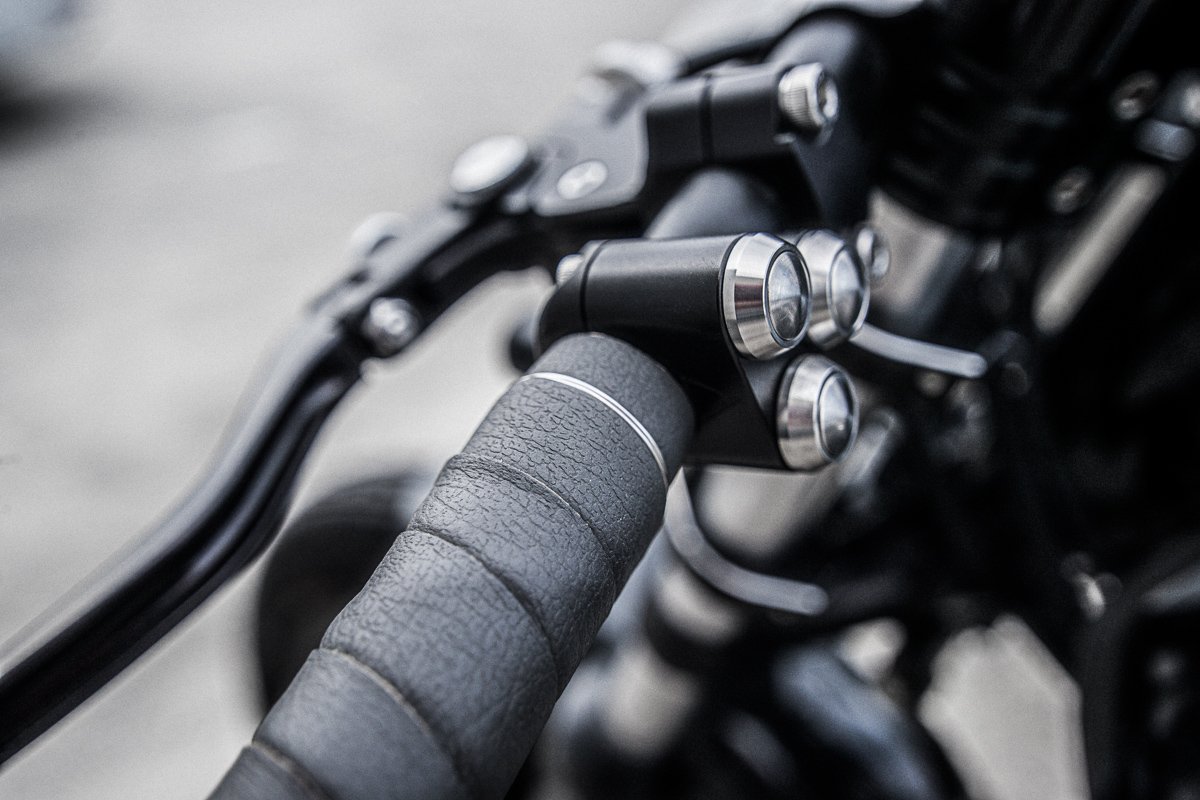 Having a long stretch to finish this bike shows just how far PBM and myself have come as a bike builder. Right now we are creating a number of wild and outlandish customs that stretch our skill and creativity. To complete a simple, brat style motorcycle from a common donor like the Honda CX500 is a good exercise in refining the basics of what it takes to build a bike. 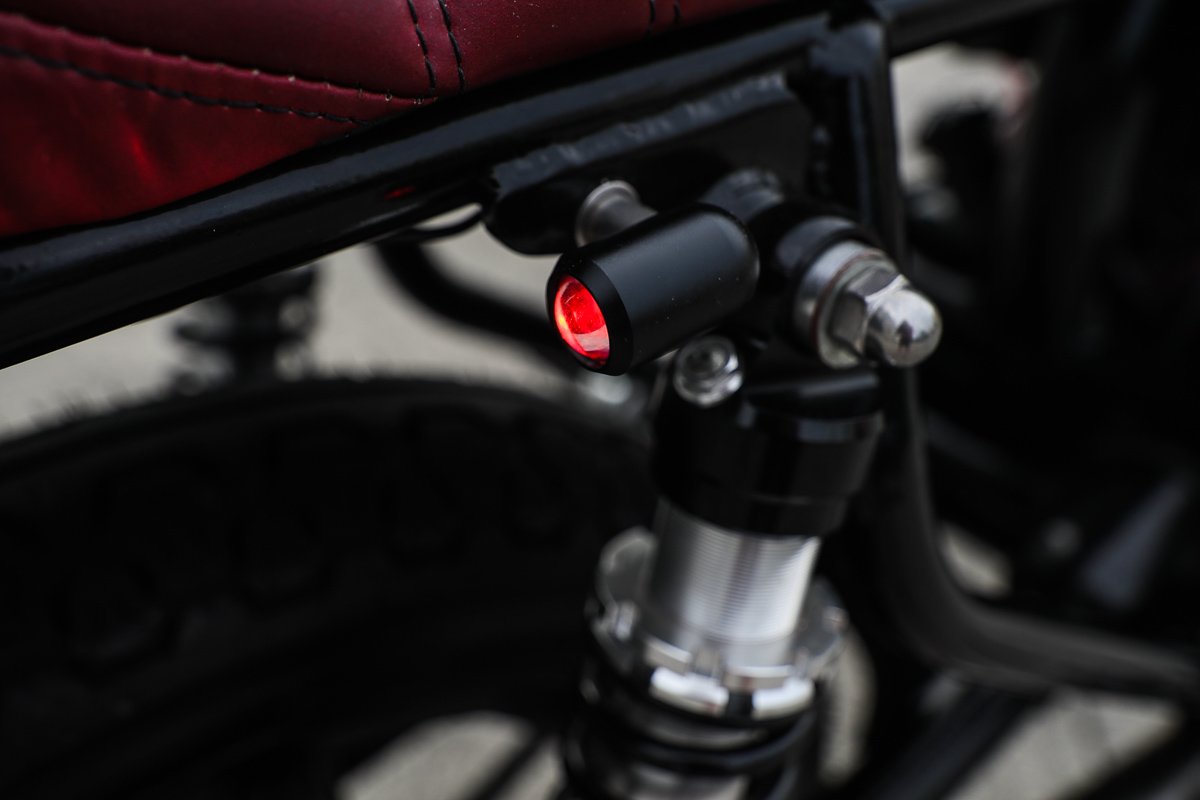 The bike had a fluids change out and fired up second hit after 2+ years of not running. The bikes now roaming the streets of the sunshine coast on any given day. With the rider Luke finally getting the dream bike he’s waited so long to have! The only problem with finishing a bike for a customer like this is I don’t get to deal with him as much any more, I love building bikes for great people, and Luke’s CX500 Brat Café Racer definitely near the top of the list. 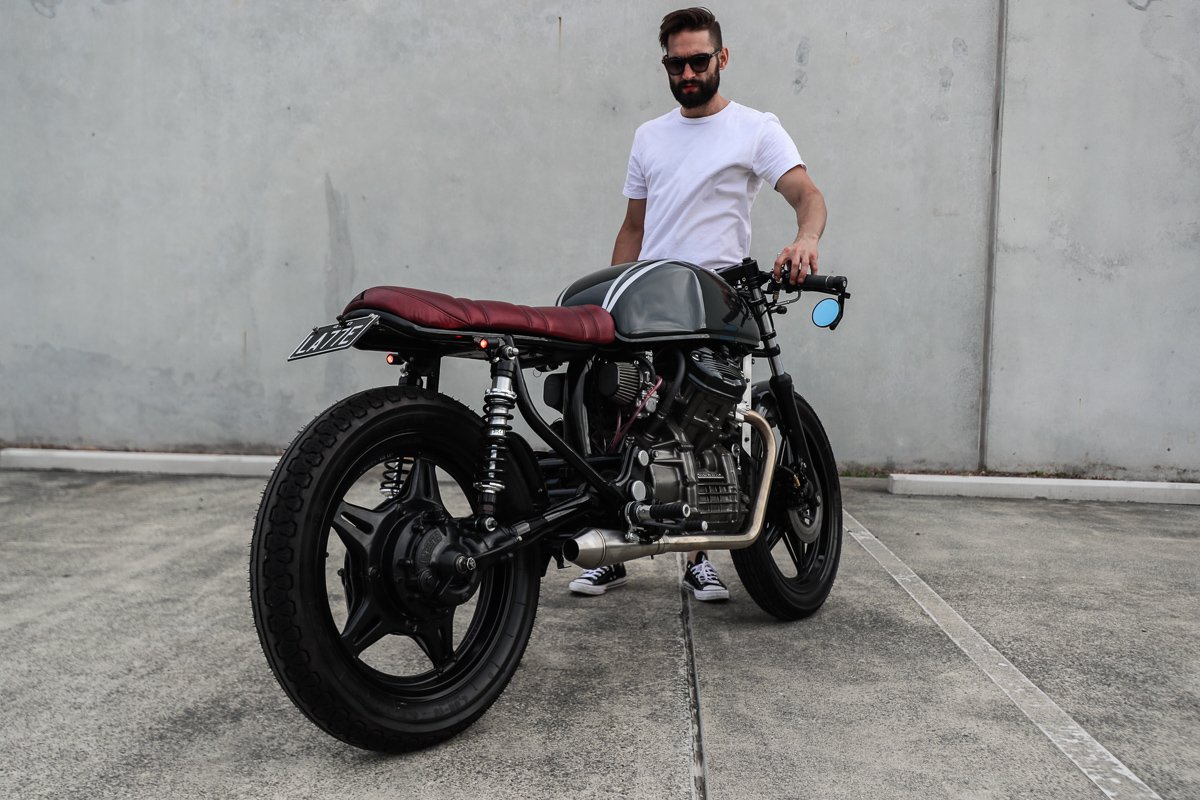 Make sure you jump over and check out our Honda CX500 build video on YouTube where we run you through the build with a collection of beautiful shots and a sound clip and test ride at the end! 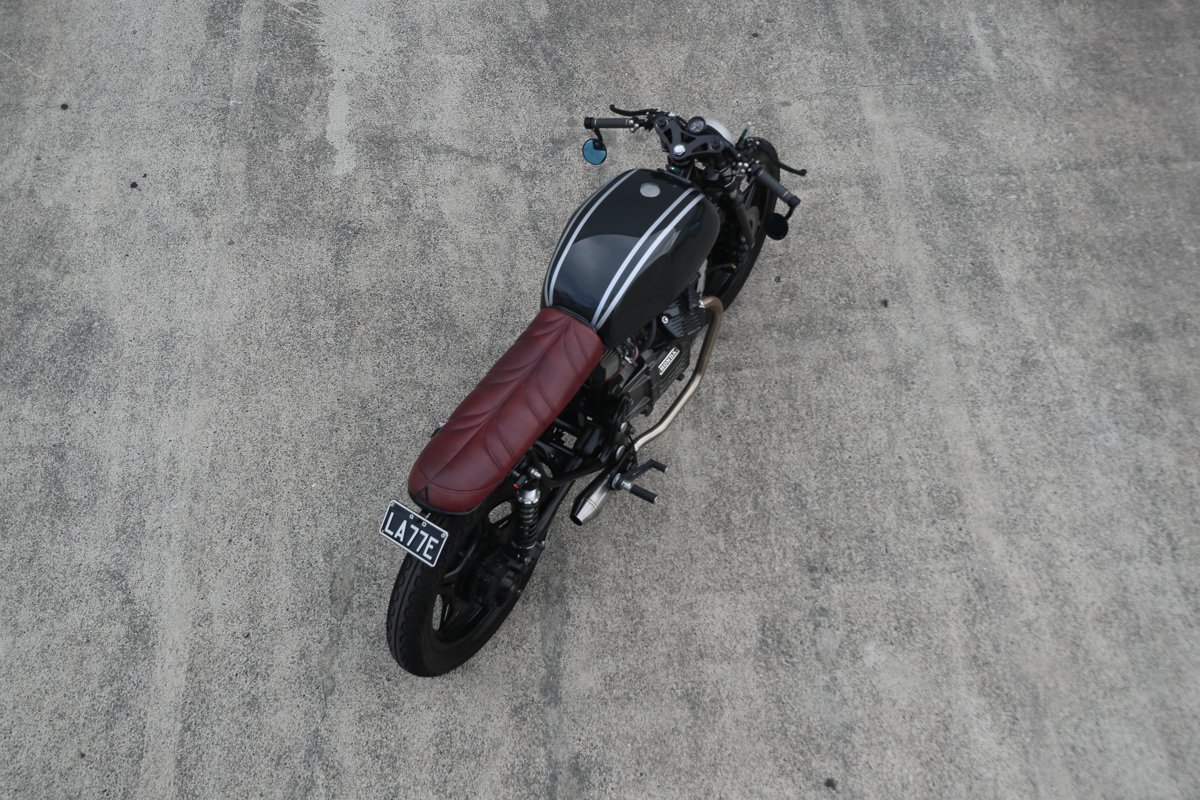